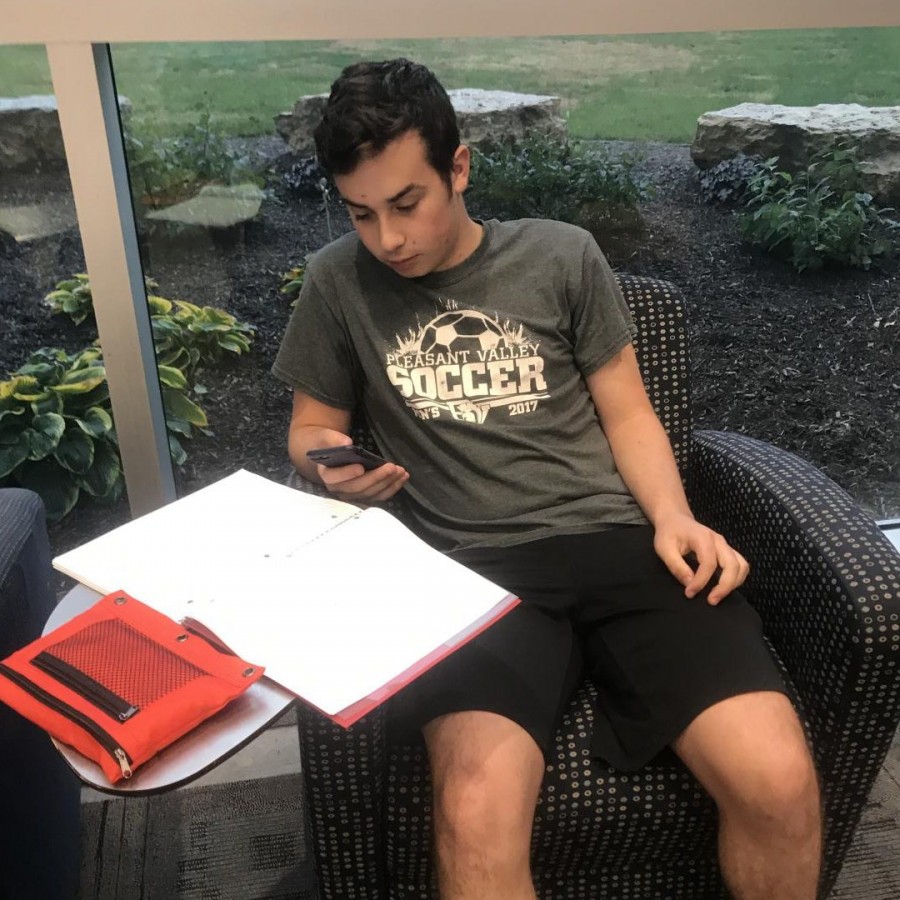 Senior Sam Rothbardt on his phone, ignoring his work, during his first period study hall.

Whether it’s everyday or opposite of gym, most students have a study hall somewhere in their schedule. However, students don’t always use the full potential for the 45 minutes they are given.

With exception to the few studious teenagers in every study hall period, instead of doing homework or studying for their next test, students are on their phones, relaxing with their friends or playing games such as Uno.

Senior Lucas Wood is part of the mass of students who do not use their time effectively and wisely. “I spend most of study hall on my phone and playing Uno with my other people in my period. I don’t even remember the last time I studied for a test or did homework [during study hall],” Wood said.

Yet, Wood still finds himself up late every night trying to complete his homework. “It’s just procrastination. I know I could be more productive, but I just don’t feel like it when it comes down to it,” Wood said. If students were proactive and on top of their agenda, they would find themselves less stressed during a chaotic school year.

Perhaps some students will learn overtime on how to manage their time better, like senior Adrian Swanson. “During my sophomore and junior years [of high school] I never accomplished much in study hall. However, this year it’s been different and I have a lot of free time when I get home,” Swanson said.

One common complaint among all students in high school is the amount of sleep they receive. If more students used their time productively, they would spend less time at home on their homework and ultimately get more sleep. In a way this builds onto itself because with more sleep students will be more productive and achieve more in school.

Students are constantly under stress from tests and homework, not to mention for seniors the time consuming applications for college. Swanson explained using study hall productively is just common sense. “If you’re already going to do it at home you might as well get it out of the way early,” he said. And if it worked for him, maybe others would find success in following his steps as well.