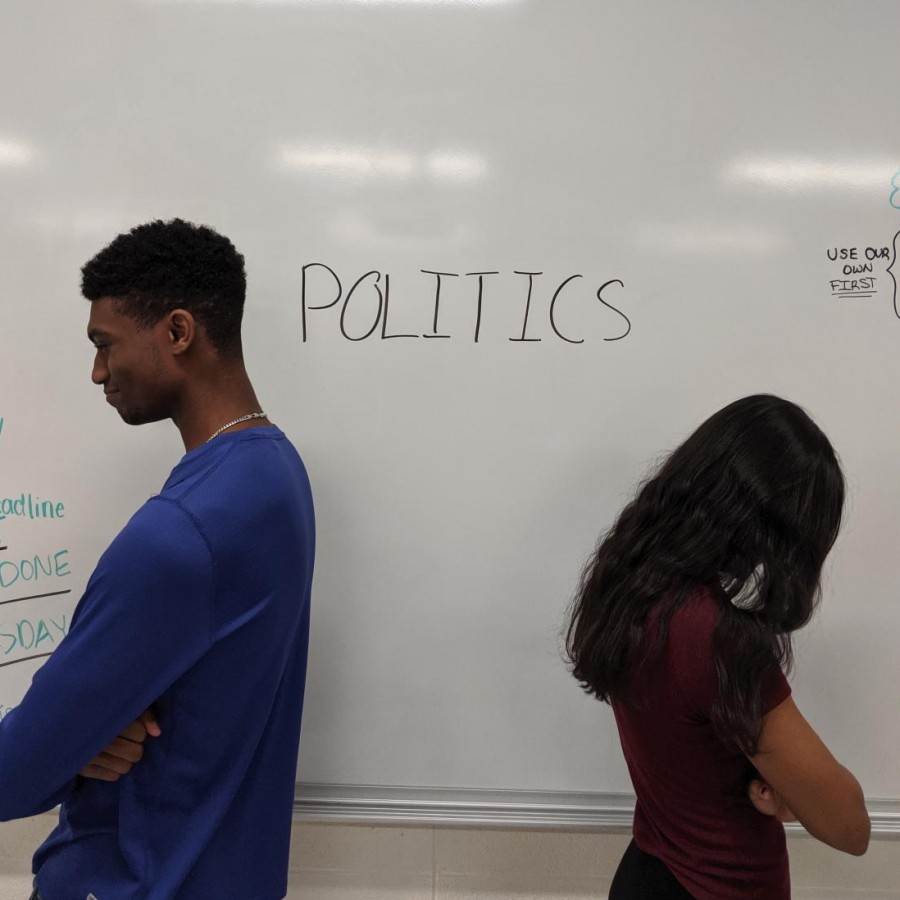 Students Sakshi Lawande and Chris Cumberbatch turn away from politics.

After a photo of Ellen Degeneres and George W. Bush watching a Dallas Cowboy game together emerged, the controversy that surfaced served as a reminder of the dangers of political polarization.

Degeneres is a known liberal and has been vocal about LGBTQ+ rights, as well as other politically-charged topics. Bush’s time as president threatened those rights and other political liberal ideologies. The stark contrast in political beliefs between the two drove many to display their disproportionate anger with Degeneres on various social and other media sites.

Degeneres responded by posting a monologue explaining her friendship with Bush. “Just because I don’t agree with someone on everything doesn’t mean that I’m not going to be friends with them,” she said. “When I say be kind to one another, I don’t mean only the people that think the same way you do.”

It is not necessary for everyone of different political ideologies to be friends, but a refusal to form connections with those of different mindsets is holding back society. In order to compromise and progress with a degree of unity, real communication must occur. People saw the friendship between these individuals as a betrayal of beliefs instead of an opportunity to communicate through differences because of society’s tendency to divide.

The response of actor Mark Ruffalo showed this divide. “Sorry, until George W. Bush is brought to justice for the crimes of the Iraq War…we can’t even begin to talk about kindness,” he tweeted. While it is important to hold others accountable for perceived wrongs, basic human kindness will always be fundamental in improving society, politically and generally.

In the current state of high politically-driven tension, allowing connections to form between people of differing beliefs is the key to a more united society. Crossing the political divide has become a dangerous activity due to the potential backlash. Denegeneres included the importance of accepting the different beliefs of others in her monologue. “We’re all different, and I think that we’ve forgotten that that’s okay,” she said.

Disagreement breeds new ideas, but disrespect breeds stubbornness. A society unwilling to compromise and change will become stagnant and divided. Intense political polarization has become a driving force toward that very fate.