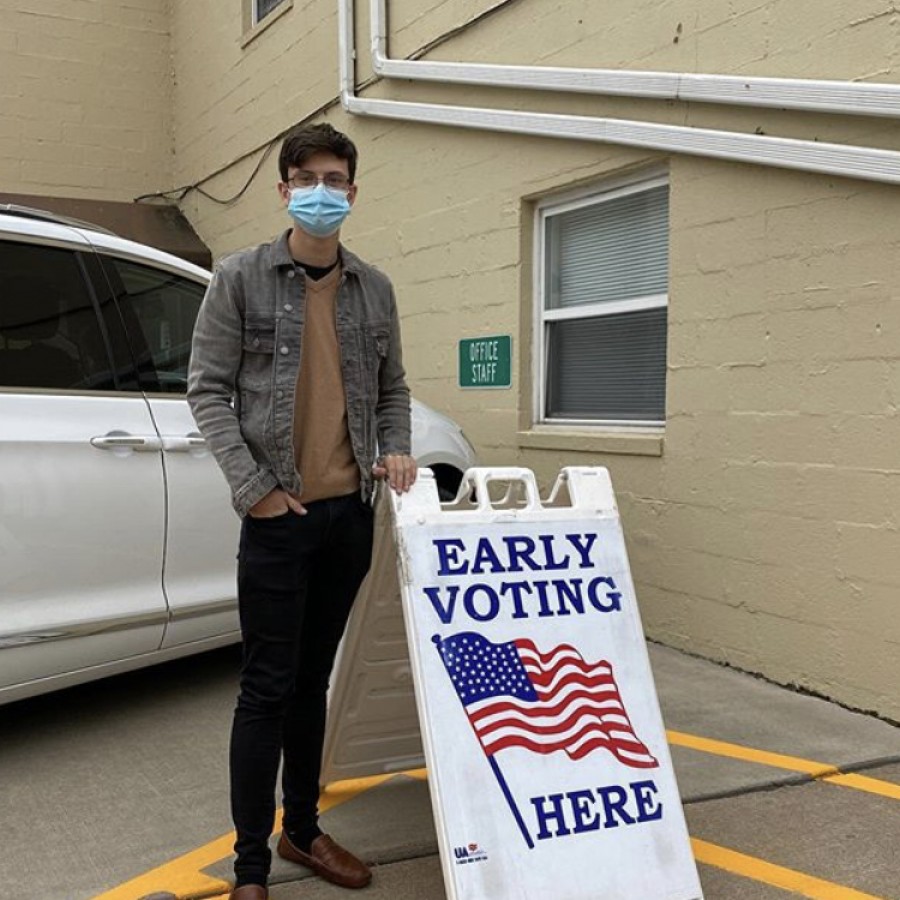 Millions of Americans have already voted early, either in person or by mail. However, many fear that their votes may not be fairly counted.

The right to vote is sacred and inalienable. It is the basis of U.S. democracy, protected by the Constitution. Any effort to discredit or devalue a vote is an act of treason against the United States.

There have been numerous changes made to this year’s election in order to accommodate for COVID-19 health guidelines. Citizens are voting by mail, voting from their cars, voting early and dropping their ballots into designated drop off boxes. The United States’ ability to adapt its democratic systems during this uncertain time is a testament to the importance of democracy.

Already, over 90 million people have voted, exercising their constitutional duty. Analysts predict that this could be a record setting year for voter turnout. However, there have already been attempts to undermine American democracy during this historic election.

In July, President Donald Trump tweeted,, “With Universal Mail-In Voting (not Absentee Voting, which is good), 2020 will be the most INACCURATE & FRAUDULENT Election in history.” Critics responded saying Trump himself had voted by mail before, and millions of soldiers cast their ballots oversea every year.

These attacks on mail-in voting are baseless attempts to discredit the legitimacy of American democracy. Even the FBI said that mail-in voting is safe, and they have found no evidence of attempts to forge or change ballots. By questioning the security of America’s election with baseless accusations, the President of the United States has put millions of American voices in danger. This is an act of treason.

Treason is defined in the U.S. Constitution as “levying war against [the United States], or in adhering to their Enemies, giving aid or comfort.”

By discrediting the security and legitimacy of the votes of United States citizens, President Trump has given aid to our allies abroad by weakening the systems that make the United States so great. Eroding confidence in the nation’s ability to ensure every vote is counted and heard is a direct attack against the Constitution and the sacred rights of every American citizen.

Voting is the greatest power an individual can exercise in a democracy. It is their voice and the way a citizen protects themself. It is why the South enacted Jim Crow laws during the Reconstruction era, stopping black men from exercising their right as free men. It is why women only gained the right to vote 100 years ago.

Anyone who limits the right to vote, either by questioning the validity of the system or making it harder for a person to exercise their right, is not upholding American democracy, and they should be treated as traitors.

This is not a matter of politics anymore. A person can favor Trump’s economic or immigration policy, and there is nothing problematic with them wanting four more years of a Trump presidency, but there is something deeply wrong in not wanting every vote counted.

If this were a two-sided issue, it would be reported as such. Although, it is not. There have been reports of pro-Trump ballots being discarded or immigrants voting illegally. They have both been debunked and are misinformation efforts to discredit the security of the U.S. election. Even when non-citizens vote, it is a federal crime and should be prosecuted to the full extent of the law.

American democracy is built on the philosophy of natural rights, best summed up by Thomas Jefferson in the Declaration of Independence: “All men are created equal, that they are endowed by their Creator with certain unalienable Rights, that among these are Life, Liberty and the pursuit of Happiness.–That to secure these rights, Governments are instituted among Men, deriving their just powers from the consent of the governed.”

This country has not always lived up to that ideal, restricting the vote from minorities and women for a majority of this nation’s history. But it is that ideal that pushed this country to improve and become a more just republic. It is the job of the government to secure every citizen’s right to vote. If an elected official does not do this job, or actively works against protecting this right, they are committing treason.

The United States is a wonderful country built on the greatest philosophical foundation in the world. It is the job of every citizen to defend that philosophy and commit to protecting the rights of every American–especially those who cannot protect themselves.

As Frederick Douglass once said, “It is enough that the possession and exercise of the elective franchise is in itself an appeal to the nobler elements of manhood.” Voting is an appeal to the best of humanity’s senses, and to deny it is to betray this country and its values.