Sports injuries: How they can progress beyond physical pain 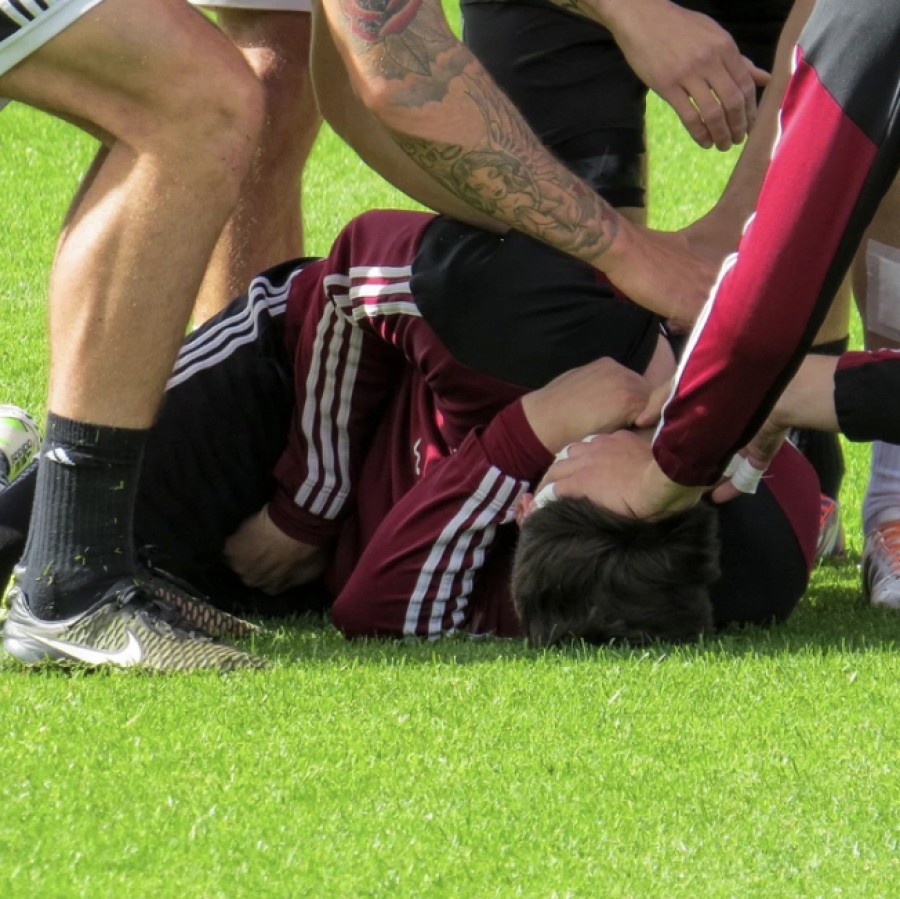 When an injury happens on the field, players and coaches often surround the player to comfort and help them. Injuries are often not taken lightly as they can break a sports career.

Playing a sport can increase the likelihood of obtaining a physical injury which can be recovered from quickly, but some can end careers and progress to damaging mental health.

Senior Anna Kunau has been playing soccer for almost 15 years now as a way to release stress and socialize with her peers. Currently, she plays for Pleasant Valley’s girl’s soccer team during the spring and her club team, Sporting Iowa East, during the fall.

However, Kunau’s high school soccer career has never been perfect. Spraining both of her ankles multiple times led her tendons to loosen, requiring her to get surgery to re-tighten them her sophomore year.

Not being able to play the sport she loved did not settle well with Kunau. “Through the process of my surgeries I was depressed and my grades slipped,” she said. Kunau continued to show up to practices to support her team even though it was continuously chipping away at her mental health. She even had to watch her teammates make it to state without her.

Depression is just one of the many effect sports injuries can cause. They can also trigger anxiety, eating disorders and substance abuse.

Kunau’s depression was too much for some to handle. “I went through a faze where nobody wanted to be around me, and I even lost a friend because I could not hang out or do anything,” she said. However, two of Kunau’s friends, Addie Hegland and Sydney Zabel, did their best to make her recovery process as easy as possible.

Zabel, the goalie for PV’s soccer team, always comforted Kunau when she got upset at practices because she was not able to play. “She had this hope and determination throughout her recovery time and it inspired me to continue encouraging her even when it got rough,” Zabel said.

Hegland was one of Kunau’s biggest support systems. “She turned my thoughts back to how they used to be and she even brought me gifts,” Kunau said. “She made me feel like I could get out of this ditch and I would play my junior year.”

Some were not as supportive as her friends were. She was constantly told to quit in case she was injured again, but Kunau thinks that would have done more harm than good. “I have been playing the sport for so long it has become a part of me. After I recovered and was able to play again, my mental health improved and I have been so much happier since,” she said.

For most people who get sports injuries, their lives flip upside down. When a sport is all someone has or what makes them the happiest, losing it can make them feel like their world is crashing down and nothing matters anymore. Good mental health can be extremely important for the body, so support systems and treatment for times like these can make or break a person.