The rise of NBA Top Shot 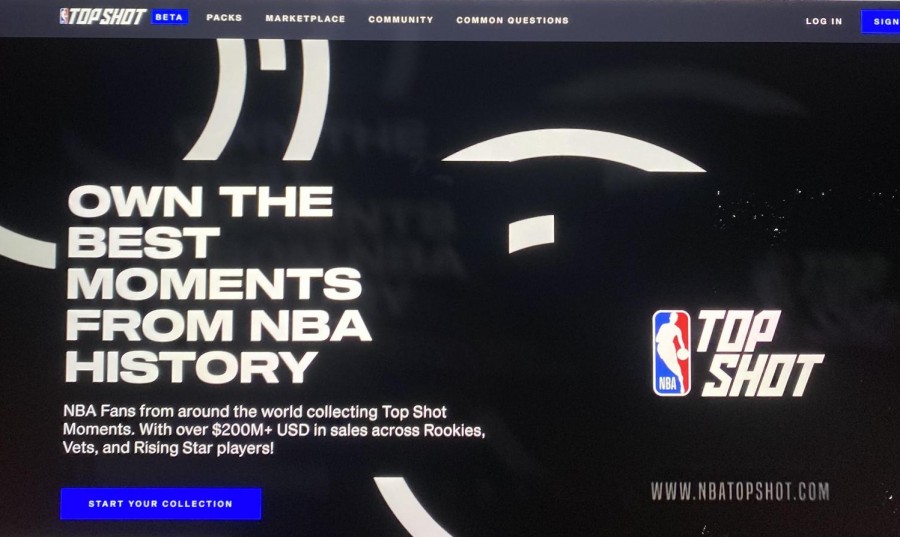 NBA Top Shot is an online platform that allows users to buy, sell, and trade their favorite NBA highlight clips.

Trading cards, whether they be Pokemon or Major League Baseball, have dominated the collector item industry since the dawn of time, but now there is something else catching the attention of investors and collectors alike across the world.

NBA Top Shot is an online marketplace where people can buy, sell and trade NBA highlights. Each one of these highlights, or moments as the brand calls them, is numbered and exclusive just as a sports card would be. The values of each moment depends on a number of factors including rarity, who the player is and obviously what highlight it is.

Top Shot is officially partnered with the NBA, and investors such as Mark Cuban believe that this path could generate a lot of revenue for the league in the near future. “This could turn into a top 3 revenue source for the NBA over the next 10 years,” Cuban said.

Similar to trading cards, users can purchase these moments in packs, or they can purchase a moment from another user. The packs come in various levels of rarity depending on the potential contents inside. The cheapest pack is sold for $9.99 and the most expensive pack goes for $250,000. NBA Top Shot releases limited quantities of these packs on specific days on their website, and these packs sell out immediately.

Also like sports cards, the virtual highlight cards can sell for extreme amounts of money. “If it’s really possible to pull a $50,000 virtual sports card from a $20 pack, then I think this is something that has the ability to really take off in the future,” Senior CJ Ragins, a fan of the idea, said. Since the company launched in October of 2020, users have spent more than a combined $230 million buying and selling the digital merchandise with some individual moments selling for upwards of $200,000.

What makes these moments so valuable, is that each one is a crypto-collectible piece of art known as NFTs (non fungible tokens) accompanied by blockchain technology. Blockchains act as digital ledgers that can be used to record transactions or ownership of a product. This allows for the moments transaction history to be completely transparent.

Blockchain technology is decentralized, meaning that the blockchain is not stored in a central location but rather spread across every computer within the network. How it works is that individual records, called blocks, are linked in a single list called a chain, forming a blockchain. The blockchain is used to record cryptocurrency transactions across many computers so that any block involved cannot be changed retroactively, without the changing of all subsequent blocks.

Non fungible tokens act as digital assets that generate value because of their uniqueness or rarity. They allow their users to purchase ownership of the digital art, usually an image, animation, or video. In this scenario, each NBA Top Shot moment acts as its own NFT with ranging values attached to it depending on what level of rarity the card is, and what player is on it.

There are thousands of individuals, including Senior Michael Acri, that are supporters of this new era of trading cards. “I think that in the coming years this kind of digital collectible item has the potential to rival the standard trading cards in popularity and price points, “ Acri stated.

The future of NBA Top Shot trading and the production and sale of other NFTs is promising, and crypto will continue to be implemented into various markets over the next few years and beyond. The technology has proven to be a billion dollar industry, and it will continue to grow and evolve in ways never seen before.