Top 6 businesses that accept cryptocurrency as a method of payment 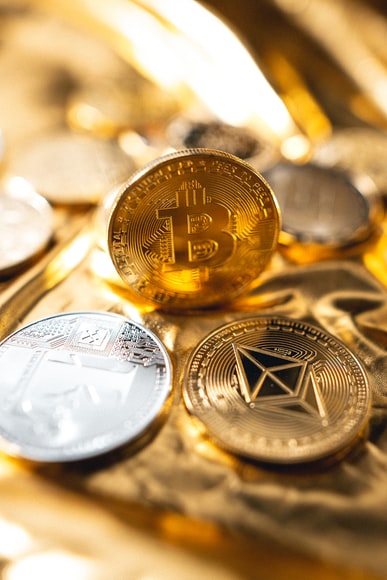 Pictured above are several forms of cryptocurrency, in physical stature.

In a constantly evolving society, technological advancements along with developments in depository institutions have led to an inclination in the usage of cryptocurrency on a daily basis. Between shopping online, receiving electronic bank statements and making investments through phone applications, this listicle will cover the top six businesses that accept cryptocurrency payments.

As the COVID-19 pandemic began to close shops, restaurants and other prominent hot-spots in early March of 2020, Starbucks chose to implement cryptocurrency payment within their purchasing process. Although paying for a latte or frappuccino isn’t directly through Bitcoin or Ethereum, Starbucks allows consumers to add cryptocurrency amounts to gift cards or through the mobile app in order to purchase items. Third party digital wallet apps are used to convert cryptocurrency to dollar amounts instantaneously to make these purchases available to customers.

As one of the earliest adopters of Bitcoin payment in 2014, Microsoft began their crypto payment process with games and applications on hand-held devices along with their single platform console, the XBOX. As large industries and organizations lacked interest in Bitcoin and its payment security, Microsoft took a large risk due to the vulnerability and volatility of the new software that Bitcoin was composed of. Although the risk of Microsoft’s decision to add cryptocurrency to their payment method options was relatively high, they kickstarted the revolution of e-payment in the U.S.

Although Wikipedia is a free content, multilingual, online encyclopedia, it accepts donations from users and domain-specific foundations through a BitPay provider. Surprisingly, Wikipedia is one of the most dominant non-profit organizations that provides free encyclopedia access. The site is solely funded by donations and to make this process all the simpler, Bitcoin allows for electronic payment straight from a device with access to the BitPay application.

Whole Foods began their cryptocurrency journey in early 2019 when two major electronic currency companies (Flexa and Gemini) joined forces allowing for the conversion of Bitcoin to the U.S. dollar in digital scanners. Whole Foods is owned and run by Amazon, one of the Big 5 companies in the U.S. information technology industry, which has allowed them to carry out this cryptocurrency process.

Hardware and software retailers have an assumed tech-savvy vibe within their reputation, so there is little surprise that they accept all sorts of cryptocurrency in their check-out procedure. Being a company that sells CPU’s, GPU’s and PC’s alone, NewEgg also sells a variety of cryptocurrency miners that will physically read through binary code to obtain Bits or Ether. Through social media platforms and memes in general, DogeCoin, the cryptocurrency created by two self-employed software developers, is also accepted by NewEgg.

The Miami Dolphins are one of the 32 teams in the National Football League (NFL). They allow for the use of both Bitcoin and LiteCoin within the purchasing of tickets and merchandise. Kansas City Chiefs tight-end Sean Culkin tweeted, “I fully believe Bitcoin is the future of finance and I wanted to prove that I have real skin in the game — not just trying to make a quick buck. I will be converting my entire 2021 NFL salary to #Bitcoin” he claimed.

Cryptocurrency is becoming more prominent in today’s technologically-driven world. Within it’s given boundaries, crypto sources have proven to be liquid assets and are changing the way that consumers pay for goods and services on a daily basis.