A crusade for lost heritage at Moorhead Cemetery 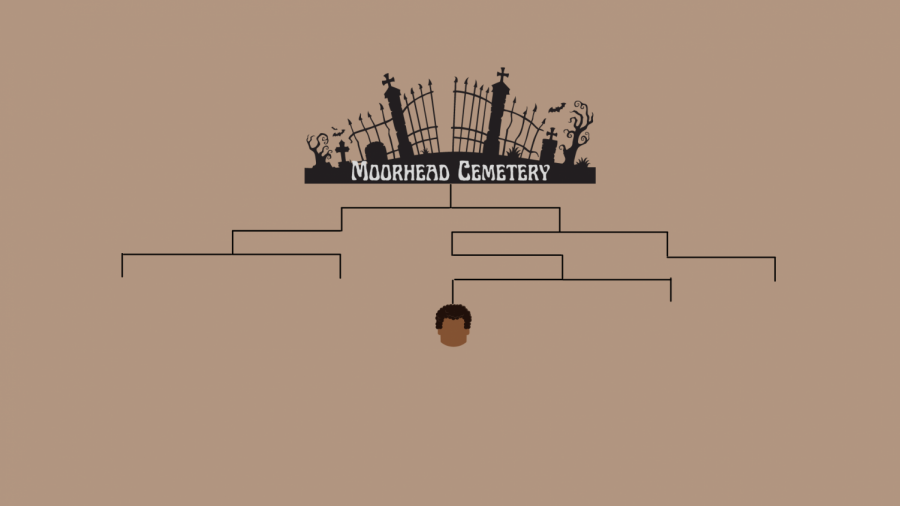 The design depicts the way a person may feel like that lose their identity due to an unknown heritage.

Recently, at Moorhead Cemetery in Iowa, historians brought attention to the lost heritage of Black Americans who settled there after the Civil War. At one point, nearly 90 Black settlers were living in the area. Now, there is no trace.

In hopes to avenge their heritage, local historic commissioners applied for the cemetery to be put on the National Register for Historic Places. The historic commissioners, Judy Ehlers and Sharon Holverson, hope to use this acknowledgment to their advantage. The Sioux City Journal, who interviewed Holverson, said, “At some point, [Holverson] believes, the publicity will lead to a descendant of these long-ago settlers coming forward.”

An article from The Washington Post said, “Even after abolition, the Black experience has fallen victim to campaigns that obscure the darkest parts of the American story, diminishing African Americans’ connections to their pasts.”

Before 1870, few records were kept on enslaved peoples’ names and backgrounds. Because of this, family trees can not be traced all the way back, and many Black people are left wondering where they came from.

The discovery of this cemetery has opened up discussions about the larger issue of lost heritage and the implications it has on Black Americans all over the country.

The historic preservation of African-American culture did not begin until about 1917, creating a 300-year gap between the roots of White American history and Black American history.

Without knowledge of their own history, people can feel out of place. “Black history’s connection to human rights centered on a common truth: History is about belonging. It serves as a collective memory of our shared past, connecting us to one another as people,”  an article from The Washington Post said. “Silences erasures and exclusions from this shared past deny membership to the nation.”

Lost heritage, like that discovered in Moorhead Cemetery, can create a disconnect between races that many people have attributed to prejudices and racial divides. While some may say heritage is not definitively attached to human rights, others argue that heritage is of utmost importance.