Some of the most anticipated movies of 2022 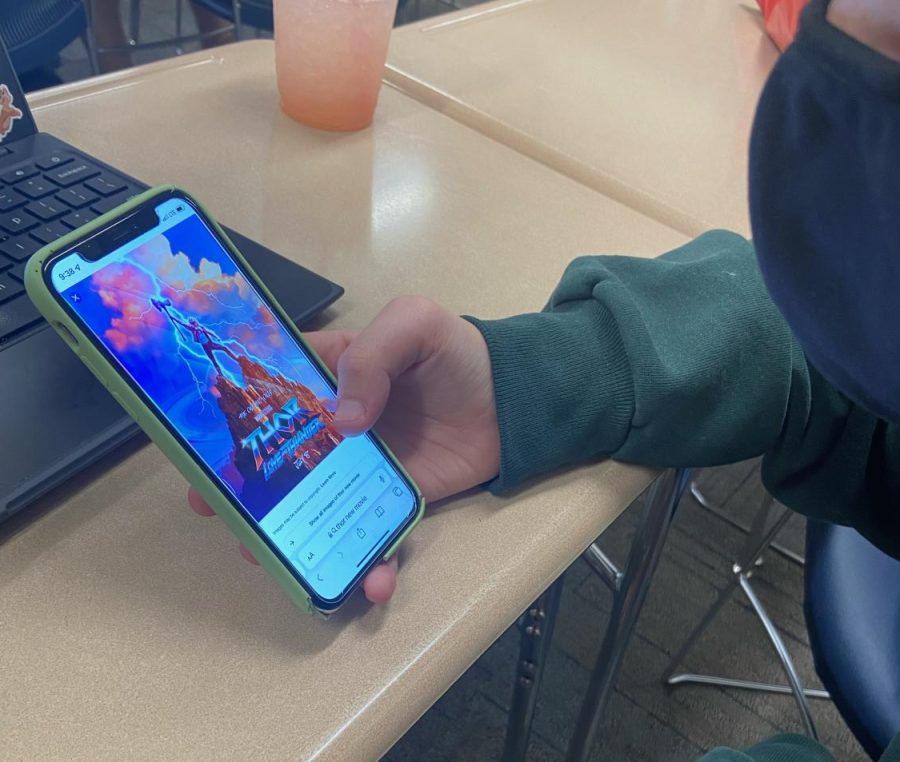 Senior Lauren Puthoff browses the internet for upcoming movies she is excited to see.

As long as people remain creative, there is always new film and television to be excited about. Here are some of the most anticipated movies of 2022 – to name a few.

“Avatar: The Way of Water”

Setting several box office records, director James Cameron’s 2009 sci-fi/action film “Avatar” gained domestic and international popularity among its releases. It explored and criticized the subject of imperialism, which some audiences enjoyed and others did not. In either case, most viewers could appreciate the visuals and were impressed by them. Expectedly, fans are excited for a long-awaited sequel set to release on Dec. 16, 2022 in the United States, which tells the story of beloved couple Jake and Ney’tiri, their family, and the war Jake must fight against the humans due to unforeseen circumstances. Audiences are especially looking forward to 2022’s improved film technology compared to 2009’s.

Director of “Get Out” and “Us” – horror/thriller movies known for their exceptional social commentary – Jordan Peele will release his newest horror/thriller work titled “Nope” on July 22, 2022. “Get Out” star Daniel Kaluuya returned to work with Peele in the film, alongside several other well-known actors such as Keke Palmer and Steven Yeun. Not much is known about the plot, but Peele intends to have audiences saying “nope” more times than they can count upon viewing.

As expected with most Marvel movies, fans are thrilled for the next Thor movie directed by New Zealand filmmaker Taika Waititi. It is scheduled to be released on July 8, 2022. Starring Chris Hemsworth as Thor and Natalie Portman as Jane Foster, viewers certainly cannot wait to see the superheroes’ chemistry on-screen and continue watching Thor’s invigorating quests. Additionally, fans of actor Christian Bale will get to see his Marvel debut as the villain Gorr.

The sequel of Ryan Coogler’s 2019 Marvel film “Black Panther” is scheduled to be released on Nov. 11, 2022. Several members of the cast and crew and fans around the world believed it would be disrespectful to recast T’Challa after the death of “Black Panther” star Chadwick Boseman. To honor his legacy, “Black Panther: Wakanda Forever” will focus on Wakanda’s strength as a community following the death of their leader.

“Crimes of the Future”

Directed by Canadian filmmaker David Cronenberg, the “King of Venereal Horror,” sci-fi/horror film “Crimes of the Future” is set to release sometime in June of 2022. He attempted this film for the first time in 1970, but it was received poorly. Fans hope his second time around will be better, considering the 1970 version was only his second feature film. As he has grown to become known as the pioneer of body horror in film, this could truly be an extraordinary piece.

It looks like 2022 will be a great year for the science fiction, horror and action genres. Do not miss out on these anticipated titles!