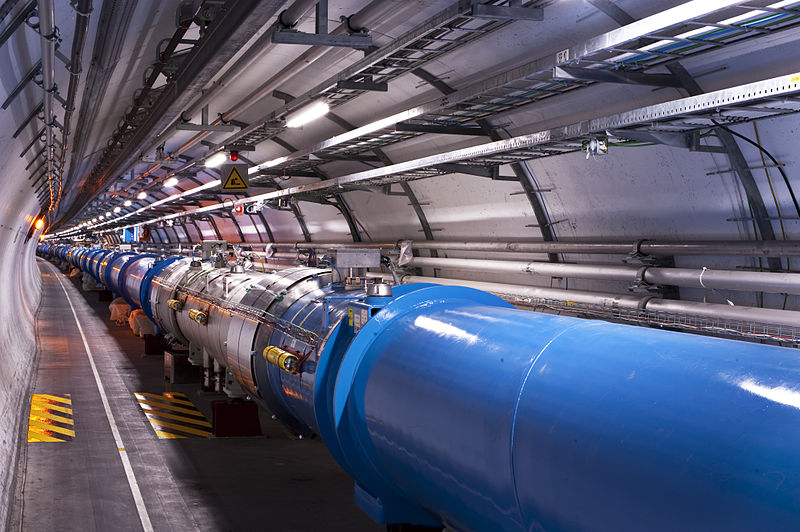 Particle accelerators like the LHC are essential tools in understanding the structure of the universe.

After a routine three-year hiatus, the European Organization for Nuclear Research’s (CERN) Large Hadron Collider in Geneva, Switzerland, has recommenced operations. It was the second maintenance break since the particle collider’s construction in 2008 and allowed time for significant upgrades that could further humanity’s understanding of the universe.

The Large Hadron Collider (LHC) is the largest and most powerful particle accelerator in the world. It is a key tool in CERN’s Laboratory for Particle Physics, which has been the premiere center for nuclear research since the organization’s inception in 1954.

The 27-km ring consists of a series of superconductors and electromagnets which accelerate and focus beams of subatomic particles to nearly the speed of light. Interactions between particles are then measured using four main particle detectors – the ATLAS, CMS, ALICE and LHCb.

The upgrades that took place over the three-year span included improvements to multiple detectors and instruments, and the projected statistics are astounding. The A Toroidal LHC Apparatus (ATLAS) and Compact Muon Solenoid (CMS) will be able to detect twice as many particle collisions than before. These detectors are used to study the results of collisions for research surrounding the Higgs Boson and other mysteries of quantum mechanics.

Physics teacher Ian Spangenberg explained just how integral this research is to the understanding of the universe. “Things have mass and we don’t know why. What Higgs came up with is that there’s this field which permeates all space, and it is an object’s interaction with this field that gives it mass. In AP 2 we learn that mass and energy are essentially the same thing, and that energy can be manifested into a particle.”

Spangenberg continued, “By smashing things together in a certain way, we actually manifest that energy in a particle. That’s what [CERN] is trying to do. They’re trying to create an actual particle out of the energy that’s involved in this field.” CERN claims to have observed a particle consistent with the Higgs Boson during the first run of the LHC. According to Spangenberg, had they not been able to find it, then our understanding of elementary particle physics would have been wrong. As he so aptly put it, “physics would have been broken.”

The research that has already been conducted at the LHC has been pivotal in substantiating at least part of the Standard Model of particle physics. But there is much more to learn about the Higgs Boson and the improvements to the detectors will help scientists do just that.

According to CERN, the upgrades to the other detectors were substantial as well. A Large Ion Collider Experiment (ALICE) will be able to detect 50 times more collisions, which simulate conditions like the Big Bang. The research that the ALICE team conducts in subatomic physics is essential to understanding the makeup of the universe today. Mathematics and physics enthusiast Kevin Lie-Atjam stated, “It’s really great that we’re getting to the point where we can start doing research again, because there’s likely fundamental particles of the universe that we haven’t discovered yet.”

During the next run of the LHC, two new experiments will become active. The first experiment will detect light and weakly interacting particles. Named the Forward Search Experiment (FASER), it seeks to shed light on the enigmas of modern physics. The second experiment, the Scatter and Neutrino Detector ([email protected]), will detect and study neutrinos. “The experiment will complement and extend the physics reach of the other LHC experiments,” stated CERN.

This third activation of the LHC will run from now until 2024. Then, another upgrade and maintenance break is scheduled and the fourth run will commence in 2028. At that time, the LHC will be renamed the “High Luminosity Large Hadron Collider.”