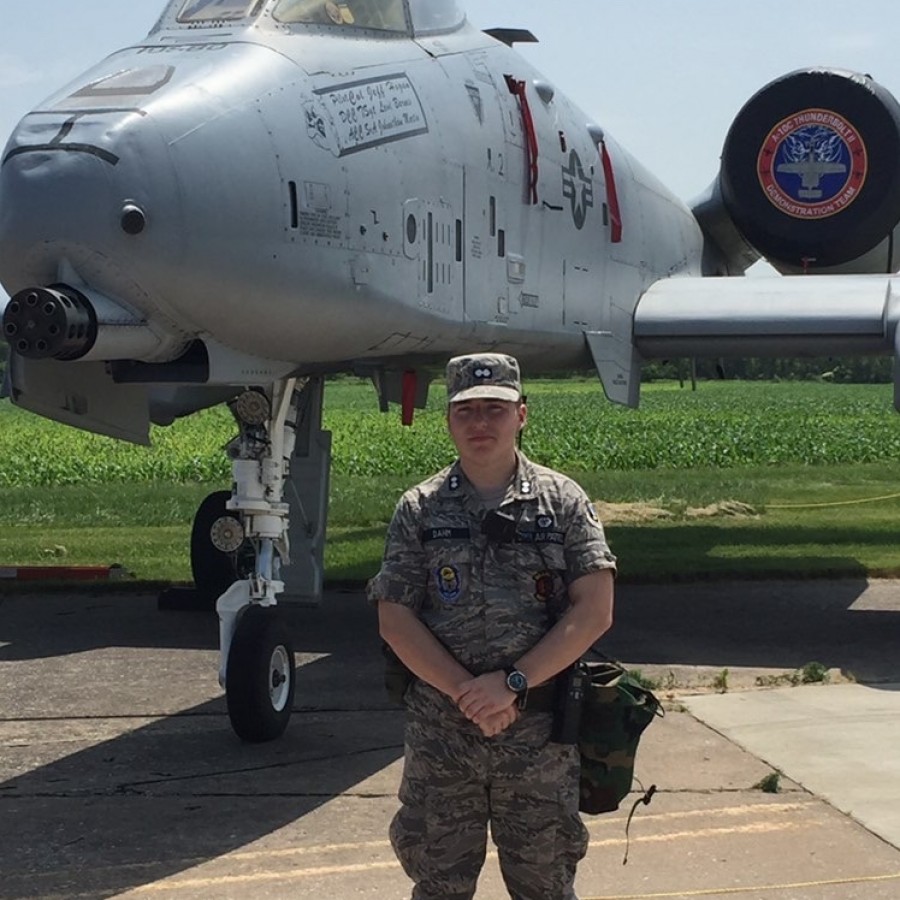 Senior Anton Dahm volunteers by helping with security around the Air Force equipment at the Quad City Air Show.

For the majority of high school seniors, the school year is spent filling out numerous applications for their higher education. However, some Pleasant Valley students are spending their time outside of school preparing to serve their country instead.

Of the handful of students taking on this journey, senior Anton Dahm is one choosing to follow this distinct path towards achieving a position as an officer in the United States Air Force.

Having had many members of his extended family as a part of the military, Dahm has dreamt of this journey since childhood. However, his dream became a reality in high school, as he began to take on many local opportunities.

The Civil Air Patrol is one of these many opportunities that prompted Dahm’s decision of pursuing a career in defending his country. Dahm, who has been a part of the Civil Air Patrol for three years, discovered the organization while attending the local air show.

Serving as an auxiliary of the United States Air Force, the non-profit organization has given Dahm many chances to help educate cadets in the organization’s programs. “It’s given me insight on how the Air Force operates, but also how my skills can contribute to the community,” Dahm said.

The program has allowed Dahm to improve important skills that are essential to both his high school and his future career, such as public speaking and teamwork.

Applying these skills prior to joining the United States Air Force will help future Airmen, like Dahm, transition better into following the Air Force’s strict standards. “Air Force careers are often physically and mentally demanding,” said the Air Force. However, with Dahm’s driven mindset, he is ready to take on such a challenge.

The future Airman is already one step ahead towards achieving his dream. He is currently working through the application process for the Air Force Academy. If accepted, Dahm will begin his basic training in June of 2020 and continue attending the academy for the following four years. A secondary option for Dahm is to attend a Reserved Officer Training Corps (ROTC) program in college.

Though Dahm has confirmed his decision in pursuing such a career, he still has concerns. “Obviously there’s some anxiety being away from what I’m used to, but I made sure this was 100 percent what I wanted to do,” he said. The process will not be easy; however, Dahm’s character made him confident he was making the right decision.

Already taking on leadership roles at Pleasant Valley High School, Dahm is undoubtedly set to take his role on a national perspective. “I’m looking forward to it overall,” he said. “When helping others is a priority, remarkable things get done.”