Student in training purses military aspirations and passion for videogames 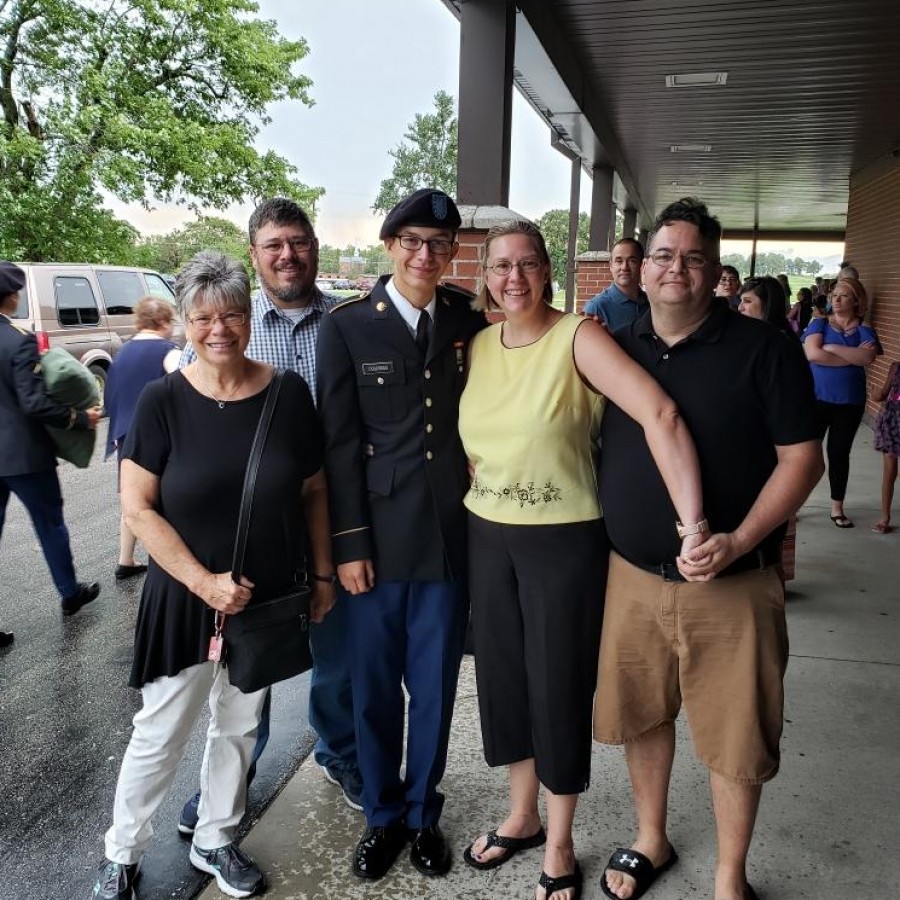 Weston Douvakis is celebrating his title of Soldier after Basic Combat Training with this family.

The experiences of generations prior and a desire to serve his country have driven senior Weston Douvikas to join the National Guard.

Douvikas has chased his aspirations of joining the National Guard ever since his junior year. Over the summer, he took part in Basic Combat Training to give him the official title of Soldier. To become his desired position of Military Police Officer, he will be completing Advanced Individual Training.

The National Guard is a reserve component of the US military comprised of part-time members and officers, preparing to protect at political events or natural disasters.

“With aspirations to serve his country and the accompanying college benefits, Douvikas felt the National Guard would be a good fit for him.”

With aspirations to serve his country and the accompanying college benefits, Douvikas felt the National Guard would be the best fit for him. As part of the National Guard, he will serve as a Military Police Officer. As an officer, he will be tasked with guarding installations, enforcing UCMJ (Uniform Code of Military Justice) law, conducting regular patrols and safeguarding overall public security. “If I am ever to deploy, I would respond to natural disasters, riots, and other large events requiring security,” he said.

While in the National Guard, he plans on pursuing his interest in Game Design and Interactive Analytics at a university in Des Moines. Once he is done with his four years in college, he plans on taking his talents from the National Guard to the video game industry, where he hopes to create entertainment for people, whether it be through video games, movies or even books.

“For me personally, I grew up with video games and they’ve always had a lasting impact on me,” said Douvikas, “I want to be able to do that as well and hopefully have a lasting emotional impact.”

Combining his passion for video games and his desire to serve his country, Douvikas’ plans to join the National Guard with hopes of serving the country the way his ancestors did before.