Return to normal brings renewed appreciation for the arts

The return to choir 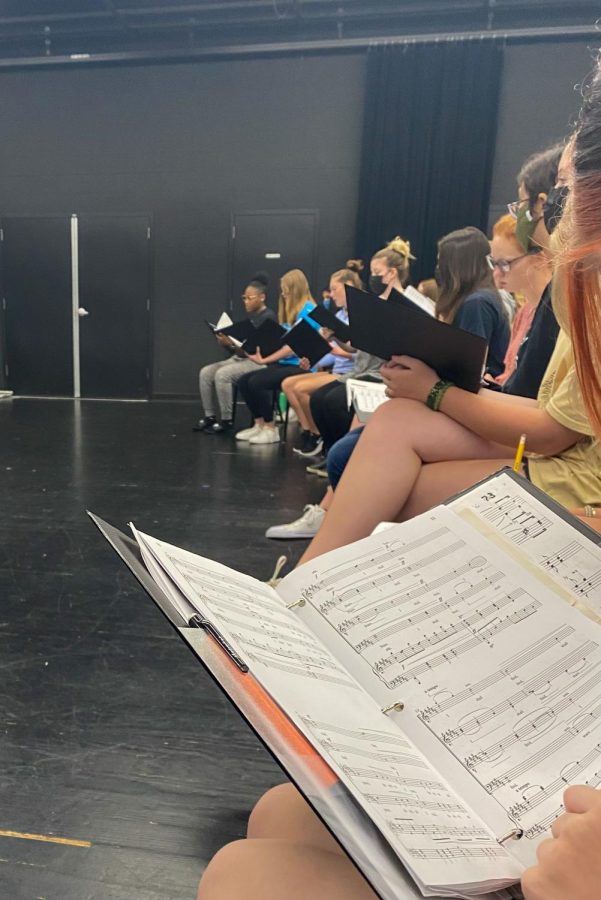 Students in Chamber Choir rehearse for return to normal events in sectionals.

As the 2021-2022 school year introduces a new normal, returning members of Pleasant Valley High School Choir are experiencing new passion and appreciation for the arts.

When students began preparing for Solo and Ensemble Festival in 2020, they could not have anticipated that they would be unable to perform their solos and ensemble pieces or even begin working on them.

Following COVID lock downs, the Iowa High School Music Association (IHSMA) released a statement sharing that the Class 4A and 1A Solo/Small Ensemble Festival as well as the Large Group Festival would be canceled.

In their statement released on March 16, 2020, IHSMA also shared that, “any effort to provide IHSMA participants with a make-up experience should take place only via digital media.”

This prohibition of in-person events, as well as CDC recommendations, led to choirs across the state of Iowa learning to adapt to Zoom-based instruction. Chamber Choir and the other curricular choirs at the high school spent the last school year rehearsing over Zoom, participating in virtual lessons and recording concerts that would later be watched by virtual audiences.

Senior and third-year Chamber Choir member Cody Connors emphasized the challenges of online learning from the 2020-2021 school year. “Last year was tough– I felt our choir was disconnected in some ways. This year I feel all of us are fully appreciating the in-person full choir experience and growing exponentially as singers and people with that connection,” he said.

Connors was a part of Chamber Choir before COVID, during online learning, during hybrid learning and is now a part of it as it returns to a new normal. As a result of these experiences, Connors can offer a unique perspective.“Chamber Choir is different this year in the way that everyone is a lot more appreciative of the experience we get as a full choir,” he shared.

For many years, students in Chamber Choir have looked forward to performing at nursing homes during the holiday season, at graduation and for live audiences at concerts throughout the year. During the 2020-2021 school year, Chamber Choir had to adapt by creating videos to send to former viewers. For this reason, first- and second-year Chamber Choir members have never experienced many of the special and unique experiences of Chamber Choir.

Alyssa Gauss is a junior and second-year Chamber Choir member. Gauss looks forward to performing live and participating in events that were canceled last year. Gauss shared, “Everyone always says what a great time they have at these events and I can’t wait to finally be a part of them!”

Gauss and Connors represent many students who are optimistic about and look forward to the year ahead of them in Chamber Choir.

While Pleasant Valley’s Chamber Choir is still in the process of adapting to a new normal and maintaining good health while doing so, a return to normalcy promises a return to beloved choir opportunities in the year ahead.

The return of marching band 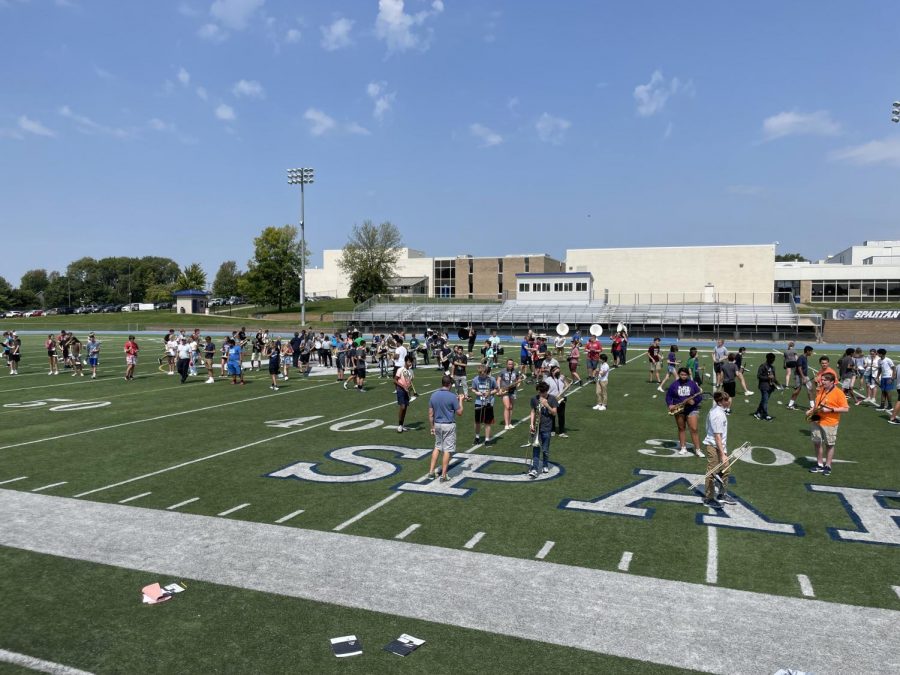 To most, the first home football game might seem like a normal sports match, but for the marching band students who had prepped for weeks on three songs and drills they will never perform again, it is so much more. Marching band is back.

Although the Spartan Marching Band was still present during the 2020 football season, last year consisted of stationary halftime shows, spread-out end zones for the 4th quarter pep band, no uniforms and bell covers made out of wig caps. Now, everything the musicians enjoyed about marching band years prior has returned.

Starting with the 2021 marching band camp, everyone was able to rehearse together in the theater, get fit for their uniform and attend the yearly Six Flags trip that was greatly missed by many.

Even with the comeback of these traditions, the PV marching band still took COVID precautions in order to reduce the risk of transmission. For example, all instruments required bell covers to reduce the number of aerosols put into the air when playing, puppy pads were available to use when musicians needed to empty their spit valves and each student was seated one seat apart in the theater.

The juniors and seniors, although it had been two years, were accustomed to learning a new show, including different music and marching drills, for every game. Due to the lack of movement last year, this was new to both the current freshmen and sophomores who were faced with the challenge of becoming proficient in marching before the first home game.

A basic introduction to marching skills was given last year to the current sophomores, but for students like sophomore Zach Guest who studied online during the pandemic, marching was practically uncharted territory.

“I felt like I was at a little bit of a disadvantage especially because other kids in my grade got some practice while I was online,” Guest explained. “I was a little worried at the beginning, but with all the practice we got, I felt more confident in myself!”

Just like the rest of the marching band, through band camp and daily practice outside on the field, everyone was able to learn and improve their skills. For the past few weeks, the marching band had been working on their “Hits of Today” show, and the first home football game against Dubuque Hempstead on Sept. 3 brought it to life.

To senior drum major Catherine Moore, the atmosphere at the game felt new and alive. “I think having everyone together again brought the energy up in the stadium, and it made me so happy to see everyone sit on one side of the field again,” she said.

As a drum major and being up on the podiums conducting the band every day, Moore is one of few students who gets to see the development from receiving new music and drills to them being performed under the Friday night lights.

“Sometimes I will look out at the field and see all of us marching together and it amazes me how our 290 plus people learned to do all of this in such a short amount of time,” Moore reflected.

The band department and its Spartan Band leaders emphasize an extremely important message  and that is one of “Band Family.” The Band Family is where anyone can go to feel like they belong and together, they can create great music 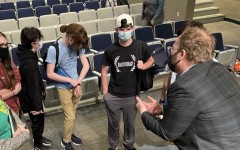 as a whole. The lack of movement last year made many students feel disconnected, but with the marching band going back to marching, the musicians are more united and can create music together once again.
View 4 Comments