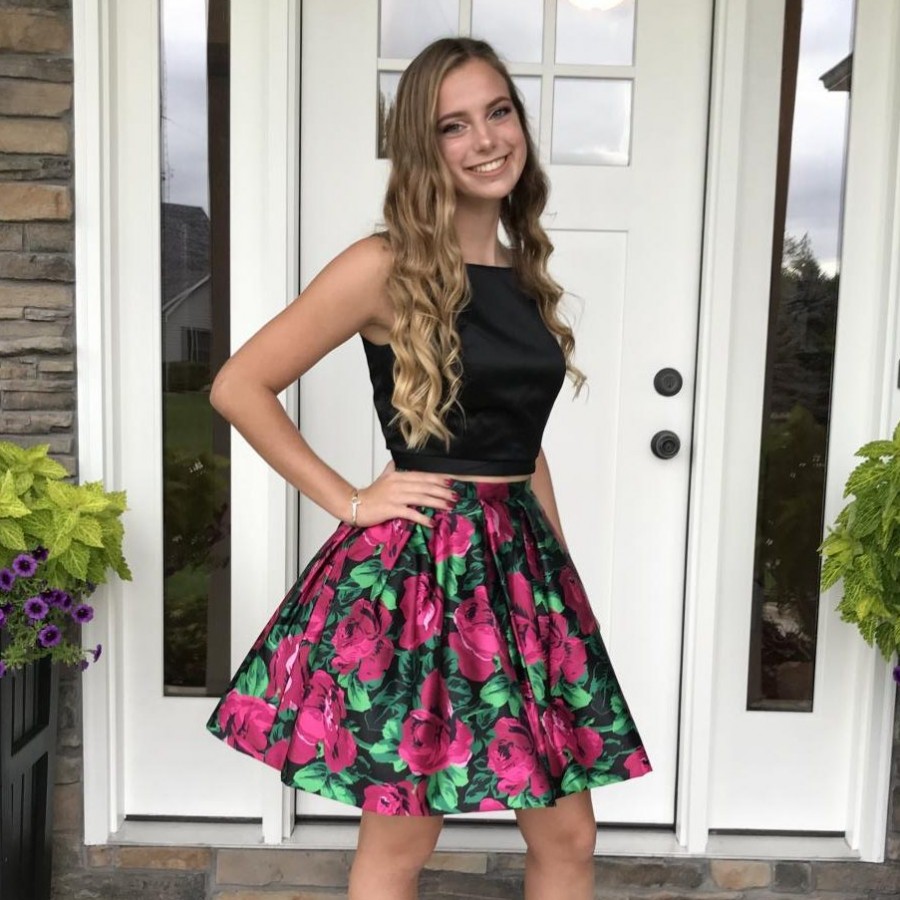 When fellow Pleasant Valley students wonder what it looks like to get involved with interesting activities inside and out of school, sophomore Raegan Stein is a fantastic example.

Her parents were divorced when she was younger and now has many members in her family. At her mom’s house, she lives with her mother, her step-father, Kevin, and her step-brother, Zach, who is also a teenager.

Stein lives with her father, her step-mother Jamie, and a step-sister named Kaylee, who is just a year younger than her. Along with her step-siblings, she has an older brother named Alex who recently graduated from Pleasant Valley and is now attending Iowa State University. She is also very fond of her dog, Violet, and her four cats.

Stein herself is a very friendly and outgoing person, and even though she gets along with everyone easily, she has a small, tight knit circle of friends. Some of the people who are closest to her are Cara Blunk, Lexi Redmond, and her boyfriend, Max West.

She first met West around the time of seventh grade. Her friendship with Blunk has been enjoyable because of their similar thoughts, humor, and general personality. Redmond is described as being a close friend of Stein’s because she is always able to make her smile and will say whatever is on her mind.

Stein has said that her biggest inspiration in her life is her father. She said that he is her best friend. “He has been through a lot in his life, and always comes out of difficult situations with a smile. He’s a very optimistic person and that’s where I get a lot of my goofiness from. He is always open to me and will tell me things I need to hear.”

At school, Stein is involved in a multitude of activities. She is involved with painting, photography, and computer design. She aspires to do something revolving around art later in college. Other than extracurriculars and classes, Stein has worked at Coffee Hound for the past eight months.

In terms of sports, Stein has joined many different activities, such as the bowling team, which she did this past winter season. Since seventh grade, she has ran cross country and has attended the state meets throughout junior high. Even though last year was her final year, she has been playing softball since she was five years old and played left and right field on the junior varsity team.

After high school, Stein has planned on going to college. She stated that she would like to go to Iowa State, and noted that they have a beautiful campus, but would also consider attending UNI. She understands the importance in not creating too much stress for herself in the college season. Comically, she stated, “Pretty much I have no clue what I’m going to do with my life, I just like living one day at a time and not to worry much about the future.”

Some of her hobbies include watching movies, such as horror movies; she has even seen all eight of the Saw series. The Office is one of her favorite television shows and enjoys listening to an array of different music genres. According to Stein, “Ribs” is Lorde’s best song, who also happens to be her favorite artist.

Stein enjoys participating in activities in school and out that are fun to her. Along with these activities including sports, art, hanging out with friends, and having her own hobbies, Stein is an exceptional student.