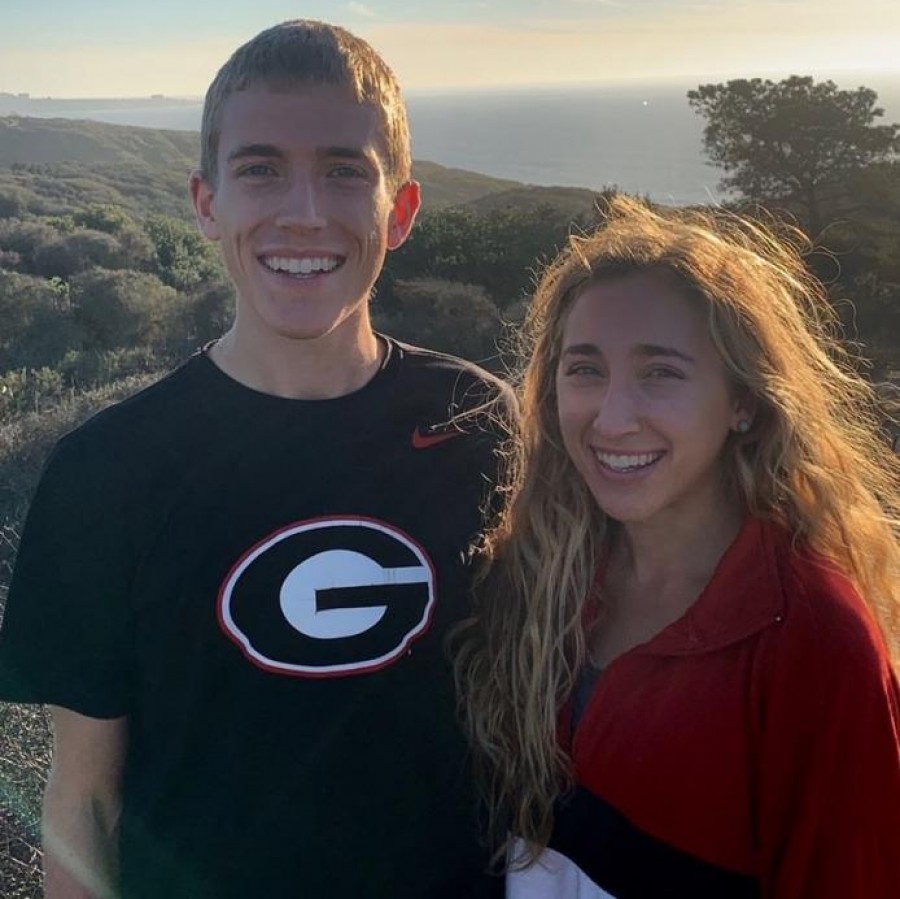 Even though Nick and McKenzie Yanek live on opposite ends of the country, they still enjoy running together whenever they can.

Standing out in high school athletics may be a feat, but becoming a star collegiate athlete is a reality for even fewer alumni. However, one pair of speedy siblings has defied those odds by making big names for themselves in the college running world.

Since a young age, McKenzie and Nick Yanek have loved sports. Excelling in cross country and track set them apart from the rest. Through running, the siblings inspired each other and set the tone for the future of Pleasant Valley’s running programs, making “Yanek” a household name at PV.

The pride of PV

From their freshman year, success for the both of them was abundant. During McKenzie’s freshman year, the girls’ cross country team was named State Champions. “We were a tight-knit group and dominated all year long,” she said.

McKenzie’s younger brother, Nick, had his own countless successes at PV. Among his favorite memories is the boys’ team placing second at cross country’s state meet and fifth at the Nike Cross Nationals during his junior year.

“One thing I will always remember is running at the Drake Relays,” Nick added. “That meet was so much fun due to the amount of spectators. My college teammates are always jealous because I got to run on the famous ‘Blue Oval’ at Drake Stadium.”

Many athletes can agree in order to amount to this much success, passionate coaches are commonly present. Most who have been a part of the Pleasant Valley running programs believe their coaches to be a key element in their success.

For both siblings, the Wheelers have been two of the most inspirational people in their running careers. “Coach Jane and Kenny Wheeler have had the biggest impact on my life,” said McKenzie. “They have shaped me and every other person that has been lucky enough to be coached by them.”

One idea that many runners seem to face is the idea of mental toughness. “Through my four years, I was taught to be my biggest fan, not critic,” mentioned McKenzie.

Luckily for the Yaneks, the Wheelers understood the importance of mind over matter and preached that to the siblings. Nick said, “Coach Jane Wheeler, even though she was the girls’ coach, taught me to look at the bigger picture.”

“I was also inspired by Coach Belby and Coach Sacco,” he said. Many athletes say the boys’ cross country coaches have been known for their “balance of fun and focus” mentality. “Belby helped me learn to push myself while Sacco was the harmony between hard work and fun,” Nick added.

While being fierce competitors at heart, all the Yaneks wanted to do was get better one day at a time. “They both were eager to learn more about their craft to help them improve,” said Jane Wheeler. “I continue to appreciate how they handled themselves in and out of competition and the humility in which they carried themselves despite their success.”

A swift change in scenery

While the siblings high school running careers seem like they could be out of a dream, they had their fair share of changes. In the beginning of 2017, the Yanek family moved to Georgia when their father took a new job.

This caused no problem for McKenzie, since she had already graduated high school. For Nick, this meant a new school and a new team for his senior year of high school.

But the change in scenery did not phase Nick. “In Georgia, our team won the State Championship my senior year,” he said. “That same season, me and my teammate qualified as individuals for Nike Cross Nationals.”

“This was an experience I will never forget,” he said. “It was so fun traveling to Nike Headquarters in Oregon especially with my teammate.”

This was also Nick’s first year without his sister by his side. “I started running because my sister ran. I really did not like running at all,” he said. “However, McKenzie has always inspired me by showing how hard work can pay off and is why I stuck with it.”

McKenzie, being his older sister, never doubted Nick’s ability to handle running. “Nick inspires me because he does such a great job of balancing school, running and social life all at the same time,” she mentioned. “I don’t know how he stays positive all the time.”

Quickly, McKenzie found great success. Some of her highlights have been a second place finish in the Southeastern Conference (SEC) in the 10k, being named “All-SEC” in cross country for two years and running a 10k in 33:58–a pace of just 5 minutes and 28 seconds per mile.

But college hasn’t been all glitz and glam for her. “My freshman year of college I had a rare bone infection and by the time I had been diagnosed my pelvis had deteriorated,” said McKenzie.

It took her whole freshman year to recover from the painful disease, but she has never been more proud of herself than she was upon her recovery. “Coming back from that has been the biggest accomplishment of my life because of the amount of willpower and perseverance it took,” said McKenzie.

After her first three years of college, she had decided that the University of Alabama was no longer the right fit. “I transferred to the University of San Francisco and it has been the best decision I’ve made,” mentioned McKenzie.

Nick has also had his fair share of successes in college. “The University of Georgia is absolutely amazing,” he said. “One thing that really drew me to UGA was their amount of support for the academics paired with athletics.”

Through his college career, he has already had exposure to the professional running field. In June of 2019, Nick had the chance to race at the USATF U20 Championship in Miami. “I ran the 10k… in Miami… in June. I would not recommend it.”

Through the 10k, Nick qualified for the Pan-Am U20 Championship in Costa Rica, where he placed second while representing Team USA. “It was an incredible experience that I will never forget,” said Nick Yanek.

Running down the dream

When looking towards the future, the Yanek siblings have large goals. With the intention of making it to Nationals this fall with her cross country team, McKenzie is also looking further ahead. “The two things I’m most interested in would be pursuing my PhD in neuroscience and being a cross country coach,” she said.

As for her brother? “I want to become an All-American,” he said. “But if I could be a national champion that would be pretty cool, too.”

Even though Nick stays focused on his college career, he cannot help but set his sights on the Olympics. “If I were to have the chance to run the Olympic Marathon, I would totally pursue that dream,” he said.

The Yaneks continue running towards their dreams on and off the running courses…and their continued success reinforces the conclusion that the time for them to slow down isn’t coming any time soon.