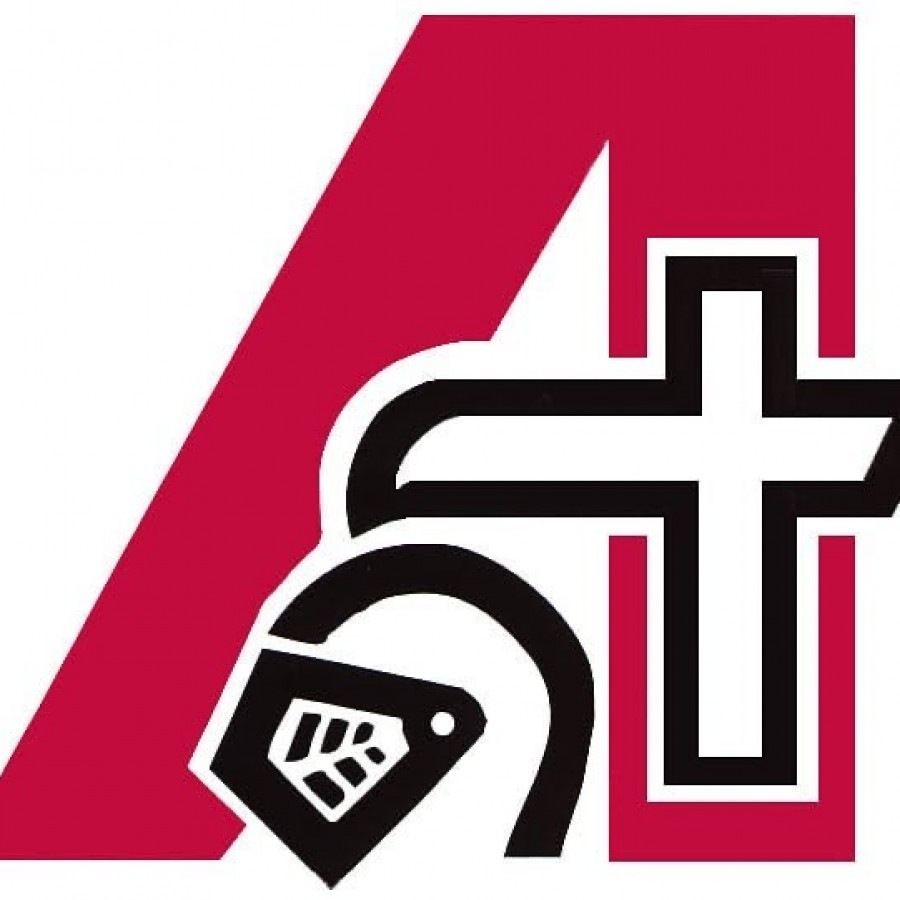 When a group of four sophomore boys from Davenport Assumption High School created and posted a video mocking the death of George Floyd, hundreds of community members were prompted to respond.

The view from the Valley: Controversy surrounding Assumption TikTok

The reenactment of a tragedy sparks outrage

With every tragic event comes a flood of dark humor, and the Quad Cities are no exception.

George Floyd, an unarmed black man, was suffocated and killed by former officer Derek Chauvin In Minneapolis on May 25. In the months that followed, many pushed for justice for black Americans impacted, hurt and killed by the systemic racism interwoven into every aspect of American life.

But in Davenport’s Assumption High School , Floyd’s death sparked a different reaction on Oct. 28, when four students posted a TikTok video that reenacted and made light of the injustice.

The TikTok was filmed during the boys’ study hall, with other students visible in the background.

In the video, one student is held against the wall, and the video cuts to the next scene in which one student is pinned to the floor with another student’s knee pressed against the back of his neck: a clear imitation of Chauvin’s action towards Floyd. The TikTok ends with two of the boys dancing along to the music in a comedic manner.

The video’s scenes are carried out to the tune of rapper YNW Melly’s song, “Mama Cry.” The song is from the point of view of a man who is incarcerated for murder. The rapper tells his mother not to cry, and explains he “just caught some time, I’ll be home soon.”

Once posted on Tik Tok, the boys quickly received backlash and removed the video. However, many viewers had already seen, saved and shared it with their peers and on social media. Students, parents and other community members took to social media to condemn the video and the hate it conveyed.

With the pressure of students and parents to issue a statement, Assumption counselor Kelly Bush sent an email about the event and the school’s plan to move forward.

Bush ended the email with a final address to Assumption. “We should be better than this, and I know we can be,” she concluded.

While some were thankful for a statement from Assumption, others were left unsatisfied by the response. There is animosity towards, what many believe is, a lack of punishment from the school.

Though this event took place at Assumption High School with Assumption students, students at Pleasant Valley have been vocal about their thoughts.

Junior Hannah Harrison has spoken out on her social media and to peers about this incident. “I think it genuinely impacts the whole POC [people of color] community despite the school differences. Seeing the video and knowing the students, I was in utter shock, especially considering how the Black Lives Matter movement was more brought to light this quarantine,” Harrison commented.

“It’s sad to see that racism is still a problem in this day and age. I think with this experience we can begin to amplify our voices and genuinely create a change, even if we do attend completely different schools.”

Hidden in plain sight: Racism in the Quad Cities

When a group of four sophomore boys from Davenport Assumption High School created and posted a video mocking the death of George Floyd, hundreds of community members were prompted to respond.

In a predominantly white area like the Quad Cities, racism is treated more like an idea than a reality. Racism seems to be very difficult for many to conceptualize, and this can be attributed to a handful of reasons.

For Americans, it is a relatively common notion that racism is unacceptable. However, things become convoluted when it comes to defining racism, as it is not just one entity. Racism appears in many different aspects of our lives, from the ways we think to the ways we act. If one turns a blind eye to racism just enough, it will cease to exist to them; people create their own realities, and no one wants to be uncomfortable within their own reality.

This issue can be seen locally, considering that at many schools in the area, there is a complete lack of diversity. It has been proven that diversity is imperative in education; without it, students spend these critical years of their lives in echo chambers. It is difficult to gain perspective when you are almost exclusively exposed to people who look and think just like you.

At many schools in the area, including Pleasant Valley, there is an overwhelming population of white students. For these students, it is not easy to conceptualize racism because they do not see how it manifests itself in their daily lives. They hear about racism, they read about racism, and maybe they even see racism, but they do not experience it — and that is where a critical disconnect happens.

When white students become detached from what racism truly is, a host of issues can ensue. Students begin to lack empathy, and they invalidate the struggles of people of color. Some even use harmful language and humor to address what they do not understand.

A recent incident at Assumption High School displayed this phenomenon that plagues many schools across the state and country. On Oct. 28, four students recorded and posted a TikTok video mocking the death of George Floyd in school.

There are several problems with this video, the first being the disgusting mockery of the unjust death of a black man at the hands of police. Students felt comfortable recording this video during class; perhaps this says a lot about the values Assumption holds as a school as well as the behaviors they tolerate. This overtly racist video was posted with what seems to be very little hesitation, and was only taken down after it was not met with the reaction the boys had expected.

George Floyd’s death is so significant to the black community, and as a half-black student myself, I know that George Floyd could have been my own dad, uncle, or cousin — it is personal. George Floyd is representative of the fear black people face because of the color of their skin, an experience to which these four boys cannot relate. Needless to say, there is nothing funny about the incident, but unfortunately, this is only where the issue begins.

After such a disheartening event, many hoped for a response from Assumption that would alleviate some of the damage this incident has done. However, in a completely inconsiderate and insufficient email written by Assumption counselor Kelly Bush, people were let down yet again.

Issued the same day as the video was posted, Bush wrote an email about forgiveness and God. “I have a feeling that the four boys who made the video had no idea the hurt that the video would cause,” Bush stated via email. “Assumption: this is not who we are.” The email is the epitome of deflection and a complete lack of accountability. If the boys did not know the hurt the video would cause, it is their fault for being complacent and Assumption’s fault for enabling such complacency.

If this is not who Assumption is, why are these boys’ destructive actions being met with a metaphorical slap on the wrist? Bush references an African story about forgiveness in her email and concludes it with a picture of civil rights leader Martin Luther King Jr. — two completely tone deaf actions in which black people were exploited to excuse racist actions.

“I hope they are remorseful. At the same time, remember that they, too, are a part of our Assumption Family and that revenge only compounds the original sin,” Bush went on. Even Assumption’s own students were irked by such a response, including Junior Jadelyn Jackson, a half-black student who was especially infuriated by the use of Catholicism in Bush’s response.

She, like myself and many other students, wrote an email to principal Bridget Murphy, criticizing the administration’s response: “… some students were told by a teacher that these boys’ acts would immediately be forgiven by God. In my opinion that statement is taking advantage of God; we are not just forgiven, but we need to become one with Him again. There has to be repentance, confession, and consequence of sin.” Jackson felt her religion was exploited for the sake of justification of this incident, and she was extremely bothered by this.

Another disappointing element of this incident is that the boys’ lone punishment is Saturday school — not expulsion or suspension, but Saturday school. This is the same punishment other students have received for failing to wear the proper uniform. These two incidents are not of equivalence. With such a lenient punishment, how will such students learn that their actions have consequences? Who will call them out on their racism?

Assumption’s administration should have used their response as an opportunity to take the blame and express sentiments that, as a school, they must do better. Instead, they chose to hide behind the Bible and deflect the blame.

It is valuable to acknowledge that incidents like this are not exclusive to Assumption and that this could have happened at PV as well. The most important question is,“Where do we go from here?” In schools where teachers confuse the only two black students in a class, where ethnic names get repeatedly mispronounced and mocked, where diversity committees are headed by white people, what can schools do to be better?

The answer to such a question is not simple, but the first step is holding schools accountable.

Schools should not act based on perceived reactions, but based on what is morally right. Schools need to denounce discrimination on every front, and promote diversity through representation and school curriculum. In my 11 years of education in this country, the only people of color who have been figures of authority in school have been substitute teachers and coaches, and I am sure this is not an uncommon experience for local students.

Instead of being silent when it comes to controversial or touchy subjects, administrators must advocate for the inclusivity of all students, because that should be the top priority. Students need to be taught to appreciate and understand other cultures so that they can gain perspective. Most importantly, schools must reach out to their students of color to see how best to promote diversity in schools.

Personally, I am disgusted by this entire situation, but I am not surprised. It is said that ignorance is bliss, and time and time again, this has proven to be true. If people pretend as though racism is not a real issue, the experiences of people of color will continue to be invalidated and nothing will change.  Jackson was correct in stating that forgiveness comes after consequence, and there comes a time when excuses run out.

To PV, Assumption and other schools in the area: do better. The reality is it is demoralizing to be a student of color in the Quad Cities. Our issues are constantly negated to the point where we begin to feel our problems are unjustifiable. There is a race issue in this country and in our own community, and if you look closely, you will see it right before your eyes.

Thank you for your donation!