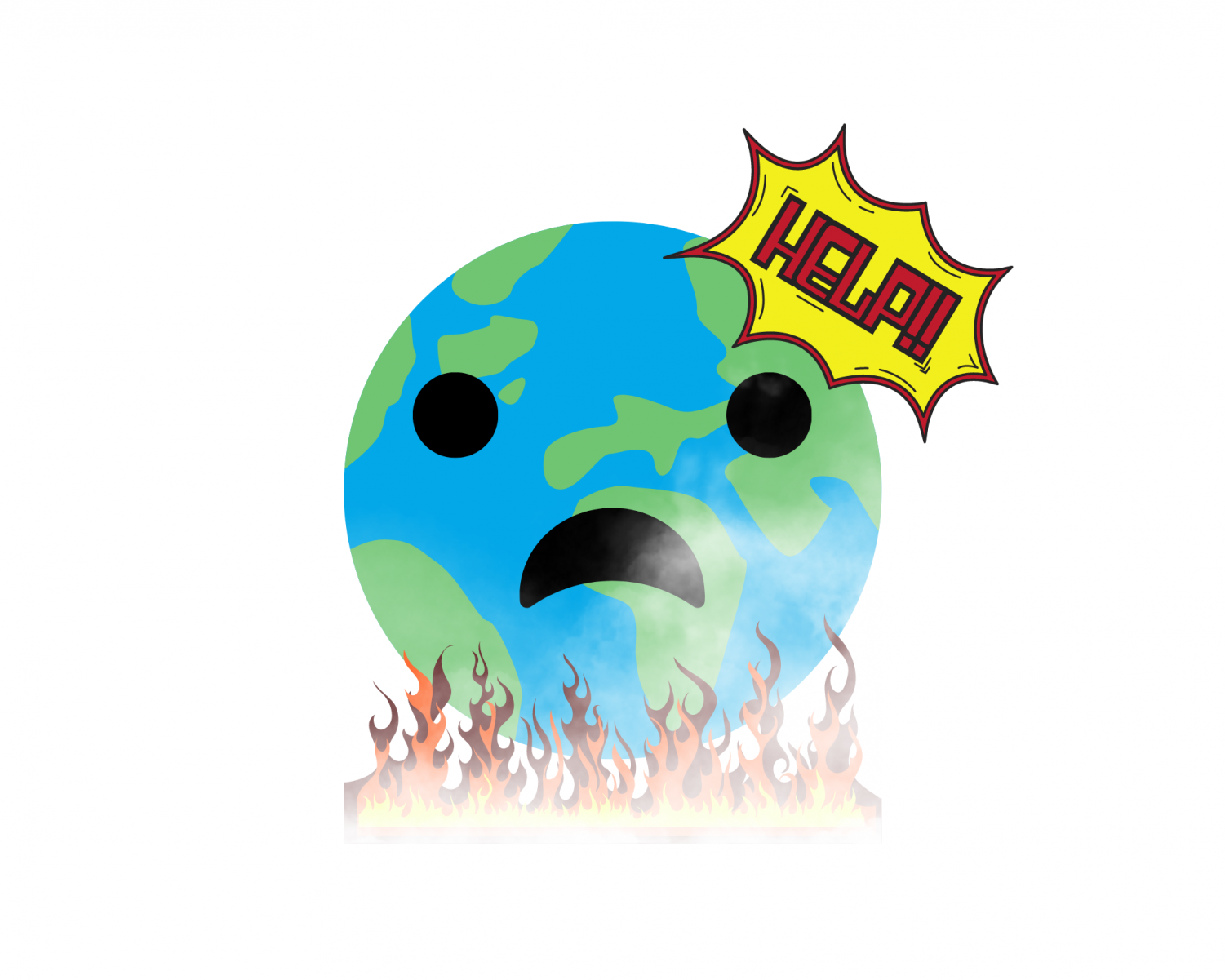 Climate Change still plagues the Earth as most politicians don’t bother about it. (Kushi Maridu)

Climate Change still plagues the Earth as most politicians don’t bother about it.

Climate Change: Are people prepared for a warmer future?

With current carbon emission trends, scientists estimate that we have until 2030 before climate change becomes irreversible. If our planet is running out of time, why are politicians making it a partisan issue?

Economics, morality and science are all dimensions making [climate change] an intricate issue. There is no clear solution, but that should not stop our politicians from attempting to mitigate climate change.

Even though President Joe Biden recently made a plan to combat climate change, he has failed to recognize its urgency just like other politicians who have ignored this problem for the last three decades.

Climate change is the long-term change in the Earth’s temperature and climate pattern, caused primarily by humans with the burning of fossil fuels and deforestation.

The environment right now is already showing signs of climate change with repercussions. These repercussions include rising temperatures and stronger and more frequent heat waves, floods, storms and droughts. In fact, climate-related disasters increased more than 80% in the last 40 years.

In July of 2019, Alaska hit an all-time high temperature of 90 degrees Fahrenheit. Projections show that this rate of climate change could cause irreversible damage as soon as 2030. If this is the case, then why have politicians taken no initiative to combat this problem?

Teacher and advisor of Environmental Club Dr. Lynne Lundberg deeply cares about the environment. “Elected representatives are representing the coal industry, the gas industry and the car industry instead of the people. The consequences of these actions will soon hit our planet very hard,” Lundberg said.

Lundberg made a fair point about politicians supporting big gas companies instead of caring for the future of this planet. The United States subsidizes around $20.5 billion annually to fossil fuel companies. These subsidies keep the prices of fossil fuels low and, in turn, keep the general public more inclined to buy into these substances.

Lundberg also said there has been no change in the past four decades. “As one of the biggest and most advanced nations in the world, it is our job to follow the science and take the necessary steps to make the world safe. When I was in high school in the 70s, I remember giving speeches about the need to convert to the use of solar energy,” Lundberg mentioned.

America has made progressive strides towards technological advancements in the last 40 years, but our shift to renewable energy has stayed the same: very minimal.

Governments all over the world have only started to take action in recent years. Biden’s $1.2 trillion infrastructure bill passed the House of Representatives, which allocates $500 billion for clean energy advancement.

Junior Tejus Kanathur looks at this bill with optimism. “Once America takes action, it won’t take long for other countries to follow. This is a really good move to combat climate change because this will help slow it to some extent,” Kanathur voiced.

Lundberg, however, remains cautiously optimistic. “I think the ideas that are being proposed are good ones. However, they don’t go far enough and I worry that we won’t make the progress we need to make because of obstruction by politicians that support these fossil fuel industries,” Lundberg expressed.

Another major event regarding climate change was the 2021 United Nations Climate Change Conference, also known as COP26. In this conference, 200 countries were asked to bring about their plans to cut emissions by 2030. The conference has three targets in mind: stop the rising temperature, discuss plans to combat this climate change and ask wealthy countries to help out the poorer countries.

Instead of being viewed as helpful, COP26 is being criticized for including only the big politicians and not including anybody that is actually being affected by these changes, like indigenous leaders from the Amazon and environmental groups.

The results of how effective COP26 is will be shown in 2030. If the general climate is 1.5 degrees Fahrenheit warmer than the normal temperature, it will be deemed a failure. If this is deemed a failure, politicians should be taken into blame for not doing enough to help fight climate change in an ever-growing world.

How have students at PV taken action?

Climate change is a phenomenon altering the planet at an alarming rate. The worldwide initiative to combat climate change has just started to gain momentum, but the student initiative at PV is going strong.

Climate change is a natural process in which the earth undergoes the long-term alteration of temperature and weather patterns. Earth’s climate has varied drastically since its existence 4.5 billion years ago; in the past 650,000 years alone, the earth has undergone seven cycles of glacial advance and retreat, significantly wavering the planet’s weather patterns.

The problem is not that the climate is changing—it has been since Earth’s birth—but the rate at which it is changing. The culprit? Humans.

Since the Industrial Revolution, people have excessively chopped down trees to make more room for urban development and have heavily been dependent on machines that are rely on nonrenewable resources. As a result, this has exacerbated the natural greenhouse effect, skyrocketing temperatures to alarming levels.

According to the 2017 U.S Climate Science Report, human actions are causing 11 billion metric tons of carbon dioxide to be added to the atmosphere each year. If this trend continues, by the end of the century, Earth’s temperature could be 10.2 degrees warmer.

It is obvious that climate change is a serious problem, but what is being done to fight it?

Students at PV know that taking better care of the environment begins with action. Even the smallest of actions goes a long way in making a difference in addressing this crisis.

In his free time after school, junior Phil Lin does not immediately go home like many of his peers; instead, he goes around campus picking up litter to clean the environment.

“For the past few years, I’ve noticed that the littering problem at our school has only gotten worse. Parking lots are filled with trash everywhere and no one seems to be doing anything about it,” Lin explained. “Although picking up litter may go unrecognized, being able to see the entire parking lot clean is very fulfilling to me.”

Lin knows littering hurts the environment, especially when the trash that is thrown away can be recycled but is not. During the production and distribution process, companies produce greenhouse gases and contribute to exhausting natural resources. However, when trash is disposed properly, the energy as well as the release of further greenhouse gases can be reduced.

“It’s a great way to get involved in environmental efforts and make yourself feel good about helping the environment and community. Taking your trash home or throwing it in the garbage bins inside the school doesn’t take much effort, but it can go a long way in making our school look cleaner and even helping the janitorial staff out as well,” Lin said.

Car emissions are a major contributor to green-house gas emissions and climate change, too. So to PV alum Ranai Srivastav, reducing his carbon footprint was an imperative part of his high-school years. Srivastav rode his bike to transport everywhere when he lived in Bettendorf.

Not only was biking reducing his carbon footprint, but it was the convenience of biking that encouraged Srivastav to bike everywhere he could. “I love biking for how efficient it is,” Srivastav expressed. “I prefer biking to places over driving because not only can I get everywhere in a fast manner, but I get exercise at the same time while not burning any fossil fuels, all for free.”

With mother nature looking out for us by providing us with vast natural resources, it is just as important to look out for the only home we have.  If more people put more effort into reducing their carbon footprint like Lin and Srivastav, not only will the effects of climate change diminish, but people feel better about themselves for making a positive impact. 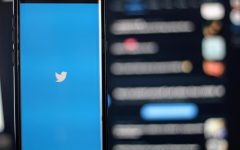 No, Twitter did not single out Marjorie Taylor Greene 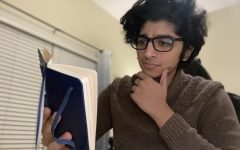 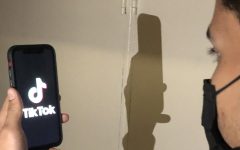 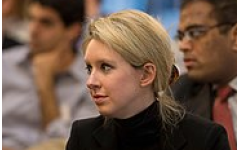 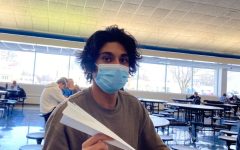