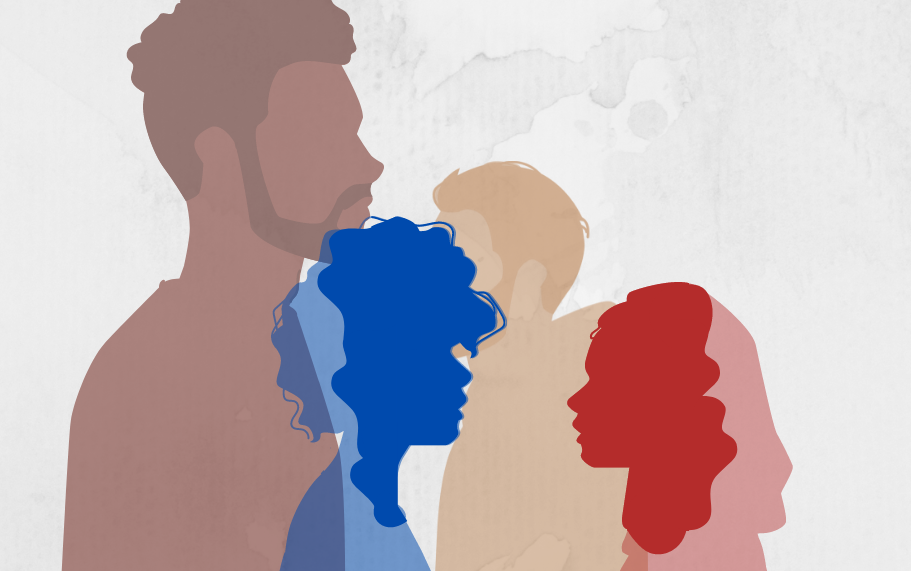 Recent attempts to end affirmative action have renewed debates over the role of race in admissions. (Celia Brown)

Recent attempts to end affirmative action have renewed debates over the role of race in admissions.

Created during the civil rights movement to provide more opportunities for people historically discriminated against, affirmative action in university admissions has become a standard part of the holistic process used by many higher institutions over the last few decades.

However, with any policy that involves race comes its own set of controversies. Colleges’ use of affirmative action— the consideration of factors such as race and ethnicity when deciding to admit an applicant—has long been a deeply divisive issue.

Senior Luke Thompson is among many individuals who support the affirmative action process. “People who are against affirmative action are trying to bring back social constructions from a time long past. While you could make a logical argument that affirmative action disadvantages certain races, it is vital to making sure that everyone is equally represented and has an equal opportunity,” he said.

Anti-affirmative action movements trace years back to Ed Blum, a white conservative activist who has dedicated numerous efforts to end the affirmative action process. Since 1996, Blum has brought eight cases to the U.S. Supreme Court.

In 2005, Blum founded the Project on Fair Representation, an organization with a mission to “support litigation that challenges racial and ethnic classifications and preferences in state and federal courts.” Recruiting white student Abigail N. Fisher in his legal battle, Blum led a pair of lawsuits against the University of Texas at Austin for unlawfully denying her admission because of the school’s race-conscious admissions program.

After spending years in federal courts, the case was ultimately ruled against in a 4-3 verdict by the U.S. Supreme Court in 2016. The court cited precedents to uphold these policies from landmark cases such as Gratz v. Bollinger and Grutter v. Bollinger, which examined the University of Michigan’s admissions policies.

In Nov. 2014, Blum filed federal lawsuits against Harvard and UNC-Chapel Hill, alleging race-based discrimination in the schools’ admissions processes. This time, these attempts were made behind the front of a different unnamed plaintiff: a new nonprofit group founded by Blum, Students for Fair Admissions (SFFA).

Now, this anti-affirmative action group has evolved into representing over 20,000 students and parents from across the country. The organization boasts their mission to “support and participate in litigation that will restore the original principles of our nation’s civil rights movement,” encouraging individuals to submit their experiences being wronged by the college admissions process.

Since that 2014 case ignited a burning flame to end affirmative action, this group has persistently continued to file lawsuits related to affirmative action—the same suits that have suddenly resurfaced in recent news.

Joined by the newest conservative members of the court, all three dissenters in the Fisher case — Chief Justice John Roberts and Justices Clarence Thomas and Samuel Alito — are expected to rule in favor of Blum and strike down years of precedent.

An added layer to the current Supreme Court being the most conservative court in recent history, SFFA is also funded by large conservative trusts— including DonorsTrust, the Searle Freedom Trust, the Sarah Scaife Foundation and the 85 Fund. These donors are linked to the Federalist Society, a network of libertarian and conservative lawyers that six of the nine sitting SCOTUS justices are members of.

“As it stands, people don’t have equal opportunity, and affirmative action evens out this imbalance. If the court were to rule in favor of Blum, that would only send our country backwards,” Thompson continued.

As Blum prepares to face the Supreme Court, it seems like the stars have aligned for him to achieve his life’s mission: tearing down race-conscious admissions at every institution.

For Asian-American students across the nation, the presence of affirmative action in the admissions processes has long been a touchy subject. While promoting a racially diverse group of applicants and future students, affirmative action is perceived by many Asian-Americans as working against their favor. Due to the high proportion of Asian-Americans in the applicant pools of elite schools, many applicants who are of Asian descent feel that they are at an inherent disadvantage because their demographic is already oversaturated.

This is a shared sentiment among many Asian-Americans, who understand the higher role of affirmative action but are in plight over personal implications.

Julianne Binto, an Asian-American senior amid college applications, understands the relative unfavourability she has due to her race. “I am acutely aware of how affirmative action can make it harder for me to get into top schools. It is possible that I could have top test scores and extracurriculars, and still not be accepted due to the competitiveness the policy creates,” she stated.

Though attempting to ameliorate racial obstacles in the admission process, affirmative action does disadvantage Asian-Americans for merely existing. Asian-Americans are highly saturated in the application pool, yet still underrepresented in university class sizes. Harvard’s freshman class has stably maintained a share of 16-19% of Asian-American since the 1990’s. But the percentage of Asians in the U.S. population has more than doubled since then.

Asian-Americans have to work harder than counterparts of other races because of the generated competition. A 2009 Princeton study revealed that Asians had to score 140 points higher than white applicants on the SAT for the same chance of acceptance into top universities.

So why are so many Asian-Americans firmly supporting affirmative action, flooding to Boston to march for its safety and future place among public and private institutions? The answer is straightforward: diversity.

The entire premise of affirmative action is to encourage a diverse learning environment. But in response to UNC’s challenge, Justice Clarence Thomas approached the ambiguity of the word. “I’ve heard the word diversity quite a few times and I don’t have a clue what it means. It seems to mean everything for everyone,” he stated.

UNC representative Ryan Park attempted to clarify this subjective concept. “[Diversity is a] broadly diverse set of criteria that extends to all different backgrounds and perspectives, and not solely limited to race. [UNC] value[s] diversity of all different kinds and all the ways that people differ in our society.”

While Park gives a perfectly reasonable definition of diversity, the more contested question is “whether the benefits of diversity actually provide a compelling enough reason to practice racial preferences in admissions,” according to The New Yorker columnist Jay Caspian Kang.

Diversity offers countless benefits in the learning environment. Diverse conversationalists and problem solvers working together on one campus are more resistant to groupthink, grappling in a stasis of extended disagreement, leading to out-of-the box initiatives and creative solutions. These benefits of diversity are highly indisputable, but are they causally linked to the practice of affirmative action in admissions?

SFFA plaintiff Cameron Norris argued that Harvard is only racially diverse due to the implementation of affirmative action. At an exclusive institution such as Harvard, the application pool is substantially picked through and perfected, down to an ideal student body reflecting the principles, goals, and preferred criteria of the institution. But the majority of Americans do not attend such prestigious universities; they attend colleges which accept most applicants, voiding the question of racial preference.

Harvard purposefully accepts a certain number of Black applicants to constitute 15% of the student body. In contrast, Bunker Hill Community College in Boston accepts all applicants, naturally assembling a Black population of 22%. The “artificial” diversity created by affirmative action at top schools is the only way to maintain a diverse student body as the application pool is highly competitive.

Yet Asian-American students are more willing to apply to and attend a university implementing affirmative action—which is possibly disadvantageous in terms of admissions—if a diverse student body and faculty is guaranteed.

Voter survey showed that 69% of Asian-Americans are in favor of affirmative action. Binto found herself among this percentage. “[Affirmative action] ensures underrepresented minorities are part of the college environment. Providing greater opportunities for everyone and enriching the college experience by encouraging diversity.”

But why not take a color-blind approach to admissions, an ideal world where race, ethnicity and skin color are disregarded in the admissions process in favor of merit and character?

Such sentiment makes race an untouchable topic. Opportunity by race is not exempt in education, and therefore it cannot be exempt in the admissions process. Standardized testing delineates the discrepancies closely mirroring racial socioeconomic trends.

The 2020 average SAT math subject score out of 800 was significantly lower among Black and Latino or Hispanic test-takes, scoring 454 and 478 respectively, compared to White and Asian test-takers, scoring 547 and 632 respectively. This divergence likely stems from generational exclusionary housing and racially-targeting policies disadvantaging Black and Latino or Hispanic students for decades past.

Such disparities are found throughout education for certain races. A sudden shift to color-blind attitude in admissions, disbanding affirmative action, would completely eradicate any sort of diversity maintained at elite institutions. Top schools would become filled with majorities; contingents of wealthy backgrounds with access to educational opportunities and resources would quickly suffuse all open spots. Groups lacking equitable educational opportunity would have no chance competing for highly acclaimed spots at such institutions.

For many POC, primary and secondary education consisted of a homogenous student body and faculty. Living and learning without an educational mentor to relate with or confide in can be discouraging for students attempting to find their place within an otherwise uniform society. Without affirmative action, this pattern would continue throughout post-secondary education and into the career industry. The effects of affirmative action work to alleviate racial discrepancies within education, and encourage a sense of community among POC. 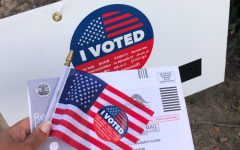 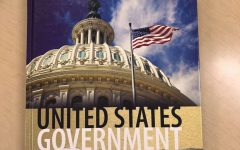 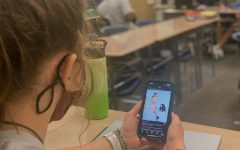 When politics and fashion collide

Your donation will support the student journalists of Pleasant Valley High School in Bettendorf, Iowa. Your contribution will allow us to purchase needed equipment and cover our annual website hosting costs. 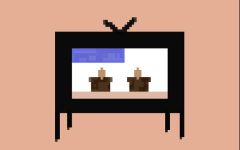 The double standard: gender hypocrisy in the entertainment industry 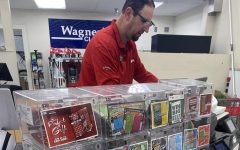 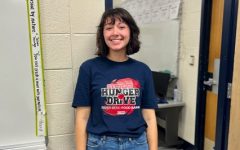 The trend of activism; making an impact versus adding to the chaos 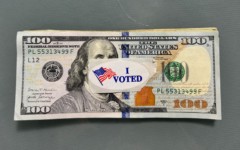 The stagnant cycle of polarization and campaign spending in US politics 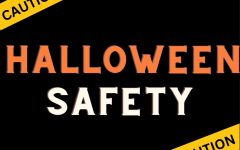 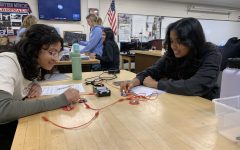 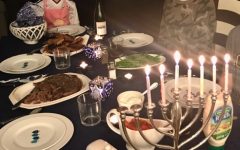 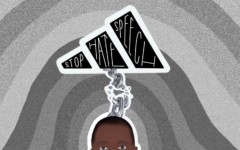 The brand with three stripes: Putting an end to hate speech 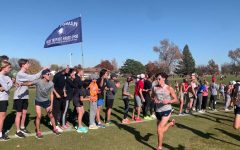 Knepp, Spartans give it their all at state cross country meet