Since the start of this summer, the construction teams working on the PVHS addition have made a lot of progress. As of right now, the basic structure for the new commons is already finished and a large wall has been built for the new gymnasium.

Currently, the most exciting updates are happening at the front of the school. This is where the new main office, as well as the commons area, will be located. The commons will be equipped with a coffee/snack bar, furniture and gathering areas for small groups. Instead of the classic brick and mortar, the front of this expansion will be covered by glass panels. Another feature of this expansion is that the heating in the winter will be done by radiant heat from hot water pipes embedded in the floor.

Principal Mike Zimmer believes this new expansion will be a great one. Everything is looking good and no major delay is expected at this time. “They are right on [task]”, said Zimmer. Spartan Assembly also helped with the planning of this new expansion by drawing out plans for the interior designs and modeling. Although the new classroom building and gym will not be finished until next summer, the commons room will be finished around Christmas break. “Seniors will get to use the commons room”, Zimmer said.

However, the construction has caused some difficulties and complaints from students. The senior parking lot next to the weight room was closed earlier this year to house the various construction equipment and portable workshops. This has been a common source of complaint from students. This problem has been improved by the new East parking lot next to the tennis courts.

The tennis courts themselves are also affected by the construction of the new gymnasium: the four courts near the construction site have been closed and will remain so until the rest of the building is finished. The main reason for the closure is the safety concerns as the new wall cannot withstand strong wind at this point. The closure of those courts directly affects the Fall Tennis League (FTL), a weekly tournament for the PV tennis team. “They should have done it over winter when nobody uses the courts,” says Vivek Joshi, who attends the FTL.

All in all, the expansions here at the high school are looking great. Soon enough, sitting with friends in the new commons, drinking freshly brewed coffee and watching the snow falling outside a giant glass panel will no longer be an imaginary picture for students.

Even if you come from Cali, you’ll still have room in the Valley

Walking into school this August, many students were left surprised and confused. They were used to entering through the main entrance, but they realiz... 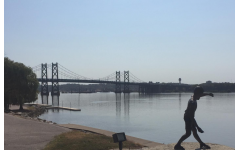 A bridge to the future

We donate thousands of nonperishable food items yearly to the Student Hunger Drive, but many students do not know where their food goes afte... 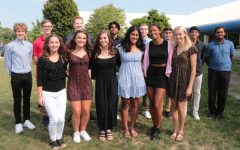 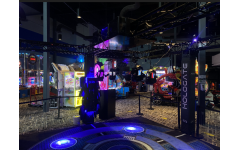 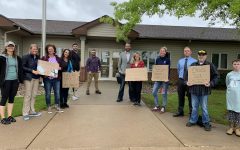 May 18 board meeting report: Masks to be required for the remainder of the school year, audience members voice opinions 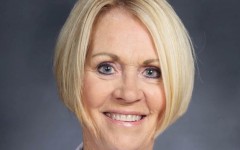 So long, farewell: The end of a beloved nurse’s career

Seniors will receive limited tickets for graduation: An update on the ceremony