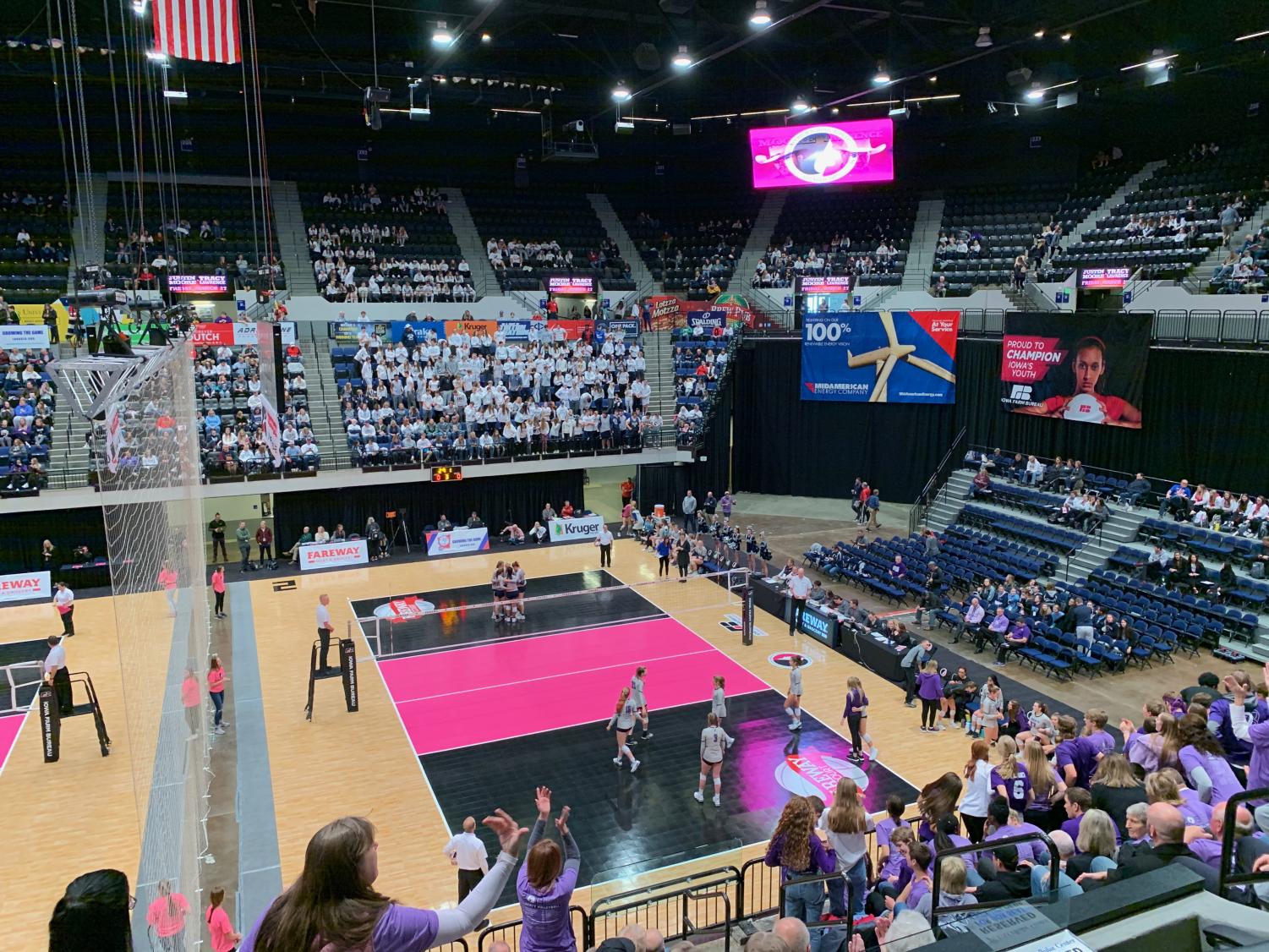 The Spartans defeated Iowa City Liberty in the quarterfinal but fell to West Des Moines Valley in the semi-final at the 5A State Tournament. PV closed their season at 30-6. (Nate Martell )

The Spartans defeated Iowa City Liberty in the quarterfinal but fell to West Des Moines Valley in the semi-final at the 5A State Tournament. PV closed their season at 30-6.

The girls’ volleyball team broke the “curse” and started the 5A State Tournament with an impressive win over Iowa City Liberty. This was the Spartan’s first state appearance since 2012.

The seventh-ranked Spartans beat the second-ranked Lightning in a 3-1 game (25-17, 25-12, 19-25, 25-20). PV relied heavily on aces and blocks for many of their points. Senior Ilah Perez-Johnson had a stellar five aces. Senior Erica Brohm finished off the game with six blocks, senior Kaitlyn Morgan with five, and junior Emily Wood with four. The defense was a large part of PV’s success in the quarterfinal match.

The game was considered an upset for many, as Liberty came in ranked second in the state. But senior Claire Bebow thought otherwise. “Liberty came into the tournament with only two losses which is due in part to not playing as many talented teams as we have,” said the senior Defensive Specialist.

The Spartans came into the state tournament with a 29-5 record. “We went to bigger tournaments in Waukee, Johnston and Linn-Mar that had a lot of ranked teams. Liberty was not at any of these tournaments,” said Bebow, citing her team’s tougher schedule during the regular season.

PV began the match winning the first set with a score of 25-17 against the Lightning. The second set ended even more quickly as the Spartans won 25-12 set. They began this set strong, leading 12-2 at one point. The Lightning did not let the Spartans slip through their grasp, though, and took set three 25-19. The Spartans and Lightning rallied back and forth in the final fourth set, but PV won 25-20 after a hard kill from Perez-Johnson.

On the offensive side, sophomore setter Kora Ruff contributed to the team’s 40 kills by matching them with her 40 assists. Ruff has been a key offensive component this season and is currently ranked fifth in the state in assists with 766, in the 5A conference. She leads the MAC conference by over 210 assists.

The other offensive players had strong games as well; Morgan had 11 kills, Wood had 10 and freshman standout Chloe Cline ended up with eight.

This game was a big win for the team, but also an exciting achievement for Head Coach Amber Hall, as it was her 150th career win.

The Spartans next match was against West Des Moines Valley in the semi-final game on Thursday at 10 a.m. at the US Cellular Center. The team was “mentally prepared to challenge Valley” and “knows what plays they are going to run,” according to senior libero Sara Hoskins. It was an adrenaline-filled match as WDM Valley has defeated the Spartans twice this season.

The battle of two valleys:

The Spartans closed off their season with an overall 30-6 record after struggling against WDM Valley’s strong offensive attack in the state semi-final.

West Des Moines Valley scored many of their points from sophomore Hayden Kubik, junior Anna Bernhard and seniors Grace Hinkle, Jacey Spann and Olivia Curry. They led the Tigers to a team total of 41 kills.

The game began with a setback for the Spartans when senior Kaitlyn Morgan was injured and had to be helped off the court. According to Head Coach Hall, Morgan suffered a dislocated knee. She was a vital component of PV’s offense and led the team in kills during the quarterfinal game against Iowa City Liberty.

Morgan’s injury did lower the team morale and “shifted the momentum for the rest of the game,” stated junior Emily Wood. “We were just kind of off and weren’t playing the way we usually do.”

The first set was a close rally, with the teams staying between two to three points throughout the set. But the Tigers took the set 25-23 after a kill from Kubik.

Continuing into set two, the Spartans let the Tigers out of their cage and lost the set 25-13 after numerous kills from Valley’s Spann, Kubik and Hinkle. West Des Moines had a 7-0 run and an 8-0 run during the set.

The final set was taken by West Des Moines 25-16. They held a strong lead throughout the entire set. PV fought hard and went from 21-11 to 21-16 after a well-played 5-0 run, but it was not enough to come back after two kills from the Tigers and two errors on PV’s side which ended the match.

Although Pleasant Valley’s hopes of a state championship ended sooner than they had hoped, they will have a strong base for next season with the return of Chloe Cline, Wood and Ruff. They will have to find players to fill the talented positions of seniors Erica Brohm, Morgan, Perez-Johnson, Sara Hoskins and Claire Bebow.

The team had a lot of support during their state run. The quarterfinal and semifinal boasted around 200 kids in the student section, which helped the girls’ performance tremendously.

Perez-Johnson appreciated the amount of students and parents who came to support her team.“When we make a good play and hear loud cheering, it causes a ringing in our ears and get us fired up and makes us play better,” emphasized Perez-Johnson. In the practices leading up to state, the team would “play music really loud” to mentally prepare for the state games.

Reflecting on their season as a whole, the team had many accomplishments and is content with their success. “To have made it this far was a huge accomplishment for us and I’m so proud of everyone,” said Wood. 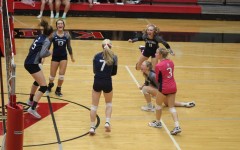 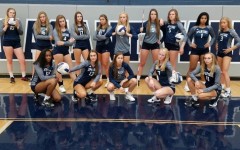 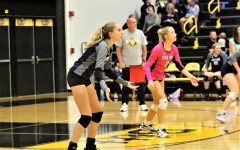 Unprepared or unbelievable bad luck: The curse of the volleyball state qualifier

Your donation will support the student journalists of Pleasant Valley High School - IA. Your contribution will allow us to purchase equipment and cover our annual website hosting costs. 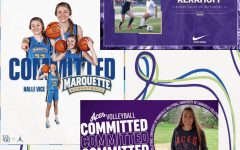 The race to commit: Athletic recruiting gets younger every year 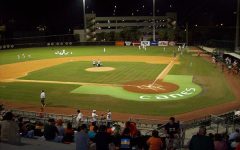 A letter to student athletes 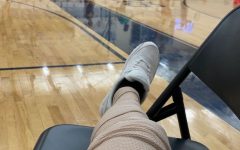 The Quick Return: How Athletes Face Pressure Returning From Injury 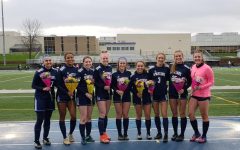 Girls soccer looks to continue success into the post season.

Thank you for your donation!